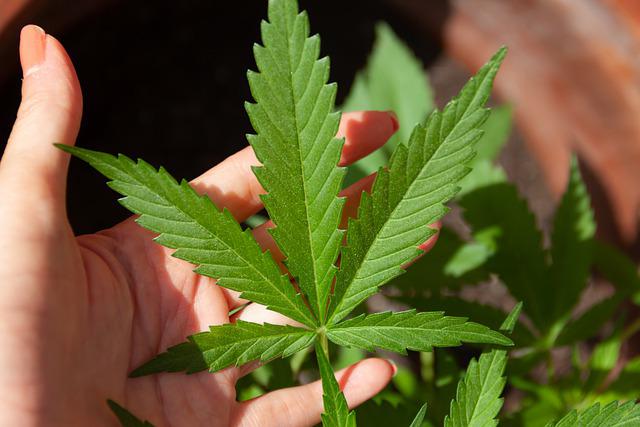 As more states legalize cannabis, the number of celebrities who smoke weed continues to grow.

Some are fans of the energizing weed grown from sativa cannabis seeds, while others prefer the relaxing qualities of indicas. Do you want to know which side your favorite celebrity is on?

Are you wondering which famous personalities enjoy consuming cannabis? From top-grossing pop stars to award-winning actors, many familiar faces are part of the 420 world.

Here’s a rundown of the 13 most famous weed smokers:

The Hannah Montana actress is no stranger to marijuana. She openly discusses her cannabis use and once said that weed is the best drug on Earth. Cyrus believes marijuana makes you happy and sociable and encourages you to have fun with friends.

The Bring It On actress revealed more about her experiences with smoking weed in 2009. She says she likes marijuana and occasionally uses it as a creative outlet. Dunst strongly opposes heavy cannabis consumption and believes it should “be used properly.”

The “Cry Me a River” singer says weed helps him clear his mind and stop thinking. Timberlake states that his brain sometimes needs to be turned off, and cannabis offers the ideal switch.

The Interstellar actor is among the most famous people who smoke weed and has been using marijuana for over 20 years. In 1999, McConaughey and a friend were arrested for possessing cannabis and drug paraphernalia. All charges were dropped, but he did have to pay a $50 fine.

The “Bad Romance” singer is an advocate for the recreational and medical benefits of marijuana. Gaga regularly smokes cannabis to relieve pain, cope with stress, and encourage creativity. She often writes most of her music high.

What’s a list of celebs who smoke weed without Snoop Dogg? This famous rapper, actor, influencer, and business owner is loud and proud about his cannabis consumption. He’s even been known to light up a joint on stage, a gesture that Snoop views as nothing but peaceful.

The Monster actress was once photographed toking on a homemade apple bong in 2002. She recently opened up more about her love for marijuana on Jimmy Kimmel Live. Theron stated that she and her mom both use weed to help with insomnia.

The “Shine Bright Like a Diamond” pop star has never been shy about using weed. Rihanna regularly posts pictures of herself smoking cannabis on social media and famously rolled a joint on her bodyguard’s head.

What celebrities smoke weed? The Once Upon a Time in Hollywood actor does, and he’s believed to be a joint-rolling professional. Fellow industry icons Bill Maher and Quentin Tarantino have several film-worthy anecdotes to share about his weed-smoking antics. Pitt says his stoner phase was strongest during the 1990s.

Many of Seth Rogen’s activities revolve around marijuana, from movie roles to business ventures. The Pineapple Express star owns a cannabis company and often stars in 420-friendly films.

The “Material Girl” singer has been vocal about consuming marijuana and even smoked a joint in a music video for Snoop Dogg’s “Gang Signs.” She recently spoke about celebrating her 62nd birthday with cannabis and often posts 420-related snaps on social media.

The Indiana Jones actor is on our list of celebs smoking weed. Many of his past acquaintances have some stories about his cannabis use, including the late Carrie Fisher. She revealed that Ford’s marijuana was so potent it caused her to forget most of 1976.

The Transformers star is against the war on drugs and openly supports the use of weed. Fox regularly smokes marijuana for recreational purposes. She also said that she hopes cannabis is fully legalized so she can be the first person to buy a pack of joints.

Did any of the names on our list of celebrities who smoke weed surprise you? If they did, there’s more where that came from. As marijuana continues to break legal barriers, more shocking additions may join the list.

George Torch is an experienced cannabis grower who has been working with SeedSupreme Seed Bank for about 7 years. George has been growing cannabis since he was 22 years old and knows the industry inside out. He has a detailed understanding of all aspects of marijuana, from its cultivation and species to the nuances of cannabis-related legislation. George has an endless desire to explore marijuana farming, which keeps him on top of current trends.