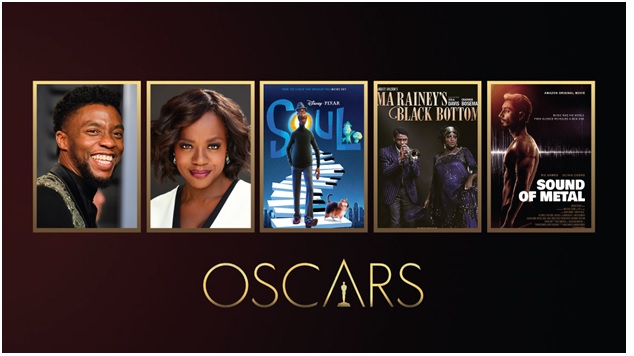 The annual Oscars gala is upon us again, with the movie industry gearing up to pay homage and extra attention to the best works of the past year on Hollywood’s biggest night. For those of us watching from home, the spectacle is all about predicting who’s going to get the prestigious awards, and it should therefore come as no surprise that there’s a buoyant Oscars betting scene out there, ready to turn a profit on their aesthetic sensibilities.

Everything You Need to Know About the 2021 Academy Awards Season

It took a little longer than usual to get the season rolling. Still, from then on, it never seemed to end with the 2021 Grammys Awards handed out on March 14 and the 2021 Oscar nominations announced just a day after that, with tons of surprise inclusions and snubs as usual.

The 2021 edition of the Oscars will be unlike any other on account of the ongoing pandemic. Not only is the movie industry still reeling from the shuttered theaters and the complete mess that the release calendar has become, the continued growth of streaming platforms and the logistical challenges of filming top-tier movies in this environment led to a unique cultural moment. Indeed, it would be little surprise to see an Academy Awards documentary covering this turbulent period someday, with perhaps its own Oscars nomination to come at some point in the future.

The prestigious ceremony takes place at an unusually late date this year due to the pandemic situation: on Sunday, April 25, with ABC’s broadcast starting at 8 pm Eastern (meaning 5 pm Pacific).

The show producers are planning for “an intimate, in-person event at Union Station in Los Angeles,” the first time the location will feature as part of the Oscars,” with additional show elements live from the Dolby Theatre in Hollywood.” They aim to “[treat] the event as an active movie set, with specially designed testing cadences to ensure up-to-the-minute results, including an on-site COVID safety team with PCR testing capability,” with special attention given to guests who fly in from outside LA for the ceremony.

Unlike the Emmys or the Golden Globes, the Oscars 2021 won’t have any teleconference aspect. Zoom is a no-no, as the show producers said they’re “going to great lengths to provide a safe and ENJOYABLE evening for all of you in person, as well as for all the millions of film fans around the world, and we feel the virtual thing will diminish those efforts.” Who is hosting the Oscars 2021, you may ask? Nobody, just like last year, that’s who!

This approach wasn’t without controversy due to the health and safety situation, and Steven Soderbergh and co. decided to add additional venues in cities like London for those who cannot travel to LA. Don’t expect crowds on these locations either: it’s “nominees plus one” in what is a “mind-numbing” organizational task.

“That’s all well and good, but can I stream the Oscars?” goes the modern viewer, and with good reason. Luckily there are multiple options to follow the ceremony via livestream thanks to platforms that carry ABC’s broadcasts, which include YouTube TV, AT&T TV, and Hulu with live TV in most of the United States. Each of these platforms offers a seven-day trial, which means you can simply hop on and off the service if the Oscars are all you’re interested in from their offerings.

What Movies Will Be Nominated for the 2021 Academy Awards?

What movies will be nominated for Oscars 2021 has been the main drive for discussion in the movie industry in an environment where even the biggest box office superstars had to contend with limited theatrical releases at most, or most likely a partnership with a streaming service. This arguably makes this year’s awards ceremony even more exciting than usual.

Though David Fincher’s Mank didn’t shine at other awards ceremonies, it shot to the front of the pack with ten nominations, proving once again that Hollywood loves stories about itself. However, bookies and industry experts seem to think that Nomadland and The Trial of the Chicago 7, with its script written by the seemingly omnipresent Aaron Sorkin, are ahead of the pack.

Similarly, Chloé Zhao is seen as the frontrunner for the Best Director nod and is clearly among the odds on favorites to win Oscars, much like how Carey Mulligan’s performance in Promising Young Woman was one of the standout performances from the year. The Best Actor category is similarly packed, but Chadwick Boseman has to be the standout name from the star-studded selection.

According to Safest Betting Sites, these are the most trusted and reliable sites to bet on the 2021 Oscars:

Most betting sites only feature odds for the more prestigious Academy Awards 2021 nominations, which means those gunning for that elusive Best Makeup and Hairstyling wager will be missing out on the fun. Nevertheless, there are more than enough betting opportunities here to consider. You can find the odds below at the time of writing, courtesy of Pinnacle, but it’s well worth your time to do some “line shopping” and compare the various sportsbooks’ odds if you really want to crunch the numbers:

Who will win Best Director at the Oscars this year?

Who will win Best Actress Oscar 2021?

Who will win the Best Cinematography Oscar in 2021?

Where can I Bet on the Oscars?

Though it has long been part and parcel of European movie buffs’ experience to place wagers on the showpiece events, and now US fans also have the option to bet on Oscars 2021, with many of the top online sportsbooks offering a way for everyone to place a bet on their favorite nominees.

In general, any of the big-name betting sites you’re already familiar with and have a strong track record are worth considering here. For such a one-off event, it’s well worth comparing their odds before making a decision. We’ve highlighted some of the biggest names above as a starting point, and picking any of them will be a good choice.

Of course, if you haven’t yet involved yourself with the world of betting, it means that you can also take advantage of many welcome bonuses and first deposit benefits – just make sure to do your research as to which one is the best fit for you!

Now you know everything that’s needed to watch along like an expert once this year’s Academy Awards ceremony rolls around. In fact, if you’d like to play along with the Academy members and make your own judgment calls, you have an easier time doing so this year than most as many of the nominated movies are available on the biggest streaming platforms.

Believe it or not, watching the Oscars is a whole lot more fun if you have seen the movies in question – and armed with that knowledge, you may also be able to make better guesses and perhaps even turn those into a tidy sum of profit as well on the side!