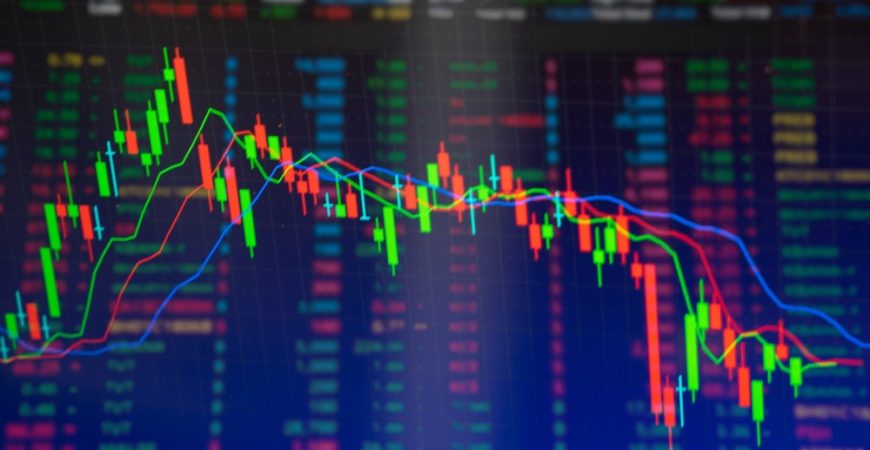 As we’ve seen, 2021 proved to be quite a ride, but things are just getting started.

Chances are things are going to get interesting as the world starts getting ready to live with COVID.

Rising inflation, declining trust in governments, and an uncertain economic outlook mean that things could be even more exciting for cryptocurrencies. It’s the right timing to read this Tezro article on the best crypto wallets for iOS to keep your crypto assets secure.

Anyway, let’s take a look at 5 cryptocurrency trends that you need to look out for in 2022.

1. An increase in government regulation

Cryptocurrencies and decentralized finance (DeFi) have severely disrupted the traditional banking and finance industries. Thanks to cryptos, consumers will no longer have to worry about getting their financial services from banks.

With cryptocurrencies, an individual will quickly transfer millions of dollars to anywhere in the world with just the push of a button.

And the best part yet? All of it can be done instantly without using a bank or bank account.

Naturally, this has caused great consternation for governments worldwide as money launderers, career criminals, and terrorists will be able to funnel money anonymously without being tracked.

As a result, governments worldwide have pushed for stricter regulations or even banned the trading and use of cryptocurrencies altogether.

And with cryptocurrencies becoming more popular, it is fair to say that we will probably see governments taking a stricter stance on cryptocurrencies in general. So, if you’re a crypto enthusiast or investor, make sure that you’re familiar with the latest crypto rules and regulations in your country.

While increased government regulation isn’t exactly the best thing that could happen, it is an indication that cryptocurrencies are slowly but steadily being acknowledged as legitimate assets.

Thus, 2022 may see less volatility in the cryptocurrency market. In 2021, Tesla CEO; Elon Musk released a series of Tweets that sent speculators into a frenzy.

From announcing that Tesla would begin accepting Bitcoin payments to reversing his decision and proclaiming his support for meme coin DOGE, Musk’s Tweets became increasingly ambiguous and at times outright bizarre.

However, this state of affairs would not last as Musk’s tactics would eventually backfire, and his Tweets would no longer have any effect on the market.

Having come down from an all-time high of $69,044, prices of Bitcoin have remained relatively stable throughout the 4th quarter of 2021. As we come into 2022, it is possible to say that the costs of Bitcoin and other cryptocurrencies have reached equilibrium, which could mean lower market volatility in the months to come.

In 2021, El Salvador’s president, Nayib Bukele, announced that his country would begin accepting Bitcoin as legal tender – a move intended to revitalize the country’s tired economy.

From the ease with which it allows funds to be transferred to its increasing popularity, there are plenty of reasons why more countries are looking to accept crypto as legal tender.

As it is the most widely-known form of crypto, Bitcoin is the top contender in most countries. And given rising inflation around the world, introducing a form of inflation-proof currency may be just what the doctor ordered.

In the past, cryptocurrency prices have tended to move in proportion to one another. For example, a crash in Bitcoin prices would usually mean that Ethereum, Ripple, and other crypto valuations will also fall accordingly.

However, since most tokens have diverged into their sub-groups, analysts predict that asset prices will likely decouple.

From decentralized apps to DeFi tools, cryptocurrencies have become so much more than just money, making it impossible to group all tokens under a single asset class.

5. The probable death of meme coins

Meme coins were one of the more interesting (and downright ridiculous) developments to come around in 2020.

Hoping to capitalize on the wild popularity of cryptos, developers began introducing their meme coins, which were usually named after popular internet memes.

Having been hyped by Elon Musk, meme coins like DOGE prices repeatedly broke new records before crashing during the third quarter of 2021. And now, in 2022, meme coins are facing an uphill battle to prove their worth, with mainstream tokens diversifying into their specialized subgroups.

Take note: these are just predictions for what is set to come in the days ahead.

The world of cryptocurrencies is uncertain, where circumstances can change with little-to-no warning.