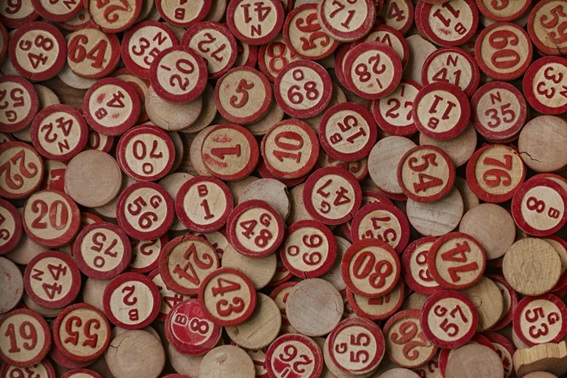 For many gambling fans, playing bingo online is the game of choice. Generally speaking, bingo is fairly low risk, with relatively small wagers and easy-to-follow rules. Online bingo is big business. In fact, it’s the fastest-growing corner of the online gaming market, with annual revenues of around half a billion dollars in the United States alone. Eager to try your luck? Below, we spotlight five bingo games worth staking a wager on in 2022.

Golden Lucky Cat might have been around for a couple of years, but this beloved online bingo tile remains popular with players. One of the first big success stories for Spanish developer MGA Gaming, Golden Lucky Cat boasts an impressive return to player rate of 91.5% and bonuses aplenty. There are also several minigames to liven up play, making it a must-play for anyone who’s had their fill of run-of-the-mill bingo titles. Another nifty feature of Golden Lucky Cat is that it can be readily displayed on any type of device, making it an excellent option for those who prefer to play on the go via smartphone screens.

Calaca Party is not only fun to play, it’s a real feast for the eyes. This colorful bingo game takes its inspirations from Mexico’s Day of the Dead festivities, with just about every inch of the screen adorned with sugar skulls and sombreros. While the graphics are great, it’s the gameplay that will really appeal. There are no less than 14 different ways to win here, while a return to player rate of 90.61% and low minimum bets means you don’t have to wager big to win significant sums of money. Players can also access three different minigames. These minigames offer lucrative rewards like jackpot accumulators and blind pick prizes. With games like this on offer, it’s little wonder that MGA was recently shortlisted as a finalist at the EGR B2B awards.

Caveman Bingo stands out from the crowd with its prehistoric theme and quirky characters. This instant classic has a reasonable return to player rate of 90.89%, with incredibly low minimum bets meaning you don’t have to wager a lot to win big. This 60-ball bingo game provides you with 13 different prize congratulations, with players able to try their luck with up to four different cards. A welcome bonus feature here is the option to buy additional balls at the end of the game. If your bingo cards have been left largely untouched during the main draw, you can buy up to 12 additional balls to increase your odds of landing a lucrative payline.

This neon-infused bingo game takes its inspiration from the 1980s and cocktail culture. Unlike other titles, Cocktails Bingo doesn’t try to reinvent the wheel. This is a classic 60-ball take on the game, with 30 balls being picked for the draw itself. The return to player rate is a respectable 90.07%, with 15 different prize patterns on hand to give you a good chance of landing a win. As with Caveman Bingo, you have the option of buying additional balls at the end of a draw to help fill in any blank cards. What makes Cocktails Bingo really special is its line-up of mini-games. These include darts, pinballs, cocktails, and billiards games. These minigames aren’t just lively distractions. If luck is on your side, you can secure extra balls for the main draw.

Rock and roll fan? You’ll love Rock Live Bingo. Packed with colorful characters and animations, this rock-inspired bingo game provides you with plenty of ways to win. You can play with up to four cards, while 14 different prize configurations mean even a modest wager can be transformed into a serious stack of money. As with other games in this list, extra balls can be purchased once 30 balls have been called and the main draw is over. There’s also plenty of bonus potential here, with three minigames to help you secure additional numbers.