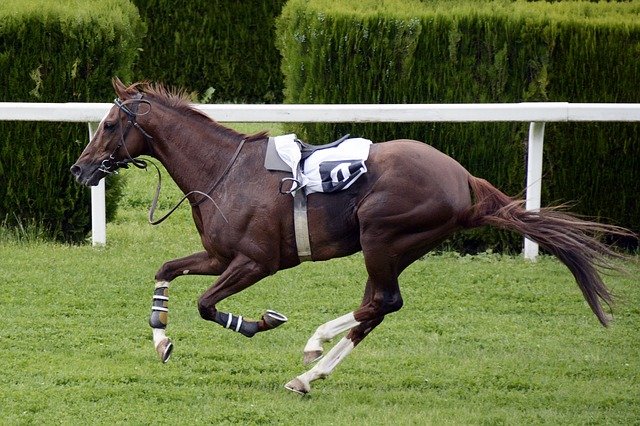 Horse racing has been around since time immemorial. Events were held thousands of years ago in cultures such as Egypt, Rome, Greece and even Babylon. Australia is such a young country, western-wise, being only 230-odd years old, so horse racing has had a much shorter life than that of our ancient cousins.

The origins of horse racing in Australia

The first organized thoroughbred horse race was held at Hyde Park in Sydney in 1810, but horse racing was happening much earlier than that. Back in the 1790s, not long after Australia was settled, horse racing took place using workhorses, as there were no thoroughbreds in the country at that time. Horses are not native to Australia, so there were none at all prior to European settlement.

There were enough wealthy colonists in Australia by 1800 that they began to import thoroughbreds from England. And thus, the horse racing industry began, although it wasn’t until the 1820s when formal racing clubs were established. The first bookmakers didn’t appear until 1805 and the first recorded legitimate one in 1882 at Flemington Racecourse.

Once the industry was established, more horse racing events began to spring up all over the country, with the Sydney Autumn Racing Carnival being one of the big events on the horse racing calendar. Even to this day, new events are showing up and increasing in popularity as the years go on. One example of this is The Everest, which is the richest turf horse race in the world with a total prize purse of $15,000,000. This race was inaugurated in 2017, where it has gained steady popularity and is now known as the showcase sprint race of the Carnival. Perth also has its own events going on with the Railway Stakes being a huge draw to the racing crowd.

One of the great things about the horseracing industry is the respect it has for past champion racehorses, jockeys, trainers and owners who help meld the sport throughout the years. An example of this is the TJ Smith Stakes which takes place at Randwick Racecourse. The race was inaugurated in 1997 as the Endeavour Stakes but later changed to the TJ Smith Stakes in 1999 to honour renowned trainer Thomas John (T.J.) Smith. TJ Smith Stakes bets are off the charts during these races which take place during the ATC championships series in autumn.

Another such example is the esteemed W.S. Cox Plate, which takes place at Moonee Valley which is one of the biggest races on the horse racing calendar. It was first run in 1922 and named in honour of William Samuel (W.S) Cox who founded the Moonee Valley Racing Club in 1883.

The world of horse racing has become synonymous with Australian culture and the popularity of the Melbourne Cup says it all. ‘The race that stops the nation’ owes a lot to the people and horses of old that made the culturally significant event what it is today. Horse racing in Australia today is renowned all around the country and showcased by the many racing events that take place. From the Darwin Cup to the Caulfield Cup Carnival, there are more than enough horseracing events around the country to keep even the biggest punters happy. As one of Australia’s favourite pastimes, it is pleasing to see that the history of this great sport has not been lost in the mists of time.