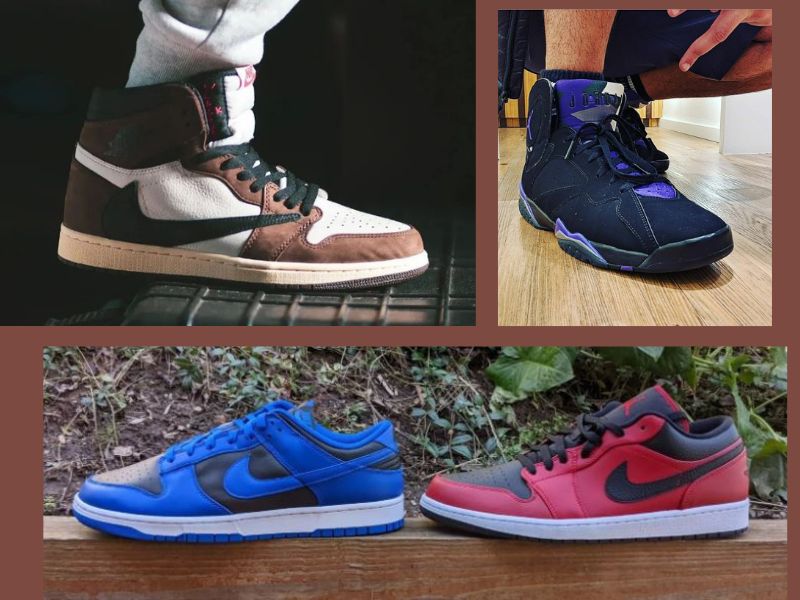 The popular Nike Dunk Low Panda and Nike Air Jordan 1 Low Shadow silhouettes have been reimagined in a monochromatic black-and-white colour scheme. The Nike Dunk Low in white/black, called Panda, debuted in 2021 and quickly garnered popularity. Shadow, a black, white, and grey colourway of the Nike Air Jordan 1, debuted in 2015 under the Jordan Brand. Countless variations and colour schemes have been introduced since then. The 2020 release dates for the Shadow 3.0 colourway indicate a newer sneaker version. Like the original retro colourway from 1985, this one is a throwback.

A Comparison between Nike Dunk Low and Nike Air Jordan 1

Regarding footwear, Nike’s Dunk Lows and Air Jordans are always a sure bet to be crowd-pleasers. One originates from skateboarding, the other from basketball. Nonetheless, sneakerheads’ devotion and excitement for both pairs of shoes is a linking aspect. Both shoe lines soon overtook their predecessors in popularity among brand fanatics who cared more about their lifestyle and looks than their shoes’ history.

Both styles were manufactured by shoe entrepreneur Peter Moore for publication in 1985, so it’s no surprise they appear identical. The key contrast is in their targeted audiences; dunk lows were made with a younger demographic and a more economical price point in mind, while the Jordan 1 was produced utilizing technical know-how and launched as a high-end product. Dunk Lows lacked some of the technologies that Jordan 1 had, and its history still impacts its foundations. This being the case, let’s explore two top models from each brand’s renowned collection.

Differences based on their looks

Nike Dunk Lows have maintained their 2022 dominance with a consistent stream of new colours, sponsorships, and Nike SB launches. On March 10, 2021, the first Pandas reached the market and rapidly became popular. Nike replaced the pair due to high demand. Smooth leather upper with a “yin and yang” colour pattern. Black leather overlays replace the white midsole, and the swoosh extends to the heel counters. Classic college basketball colour schemes are returning owing to clean materials and antique colour blocking.

The “Shadow” version was inspired by the 1985 Air Jordan 1. The sneakers have a black, white, and grey monotone colour scheme. The white leather upper includes black overlays. The laces, outsoles, and tongue are all black. The outside shell is particle grey/sail, whereas the swooshes, Jumpman logo, wing logo, and lining are black.

More details about the brands