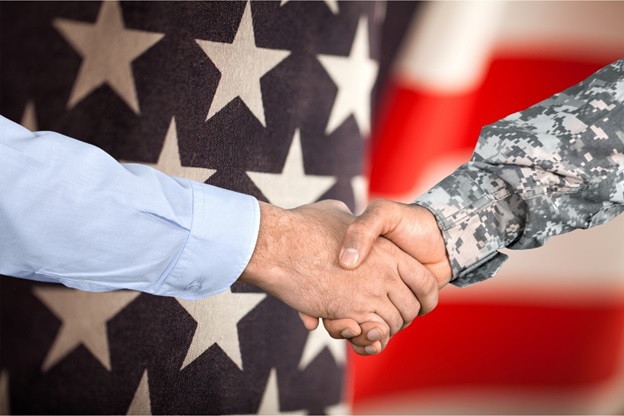 Did you know that each modern Marine carries around $14,000 of gear? They’re a modern, effective force, but things have changed a lot through the years.

But there are some aspects of the Marine Corps’ vast history that aren’t as well-known as they ought to be.

If you’re looking to learn more about this small but powerful branch of the US military, read on! We’ll take you through a brief history of the Marines.

The History of the Marines Begins in 1775

The US Marine corps is well-known as a hyper-modern force, wielding the latest technology and most advanced techniques to make them even more effective on the battlefield. But this is an organization that’s been around almost 250 years!

The US Marine Corps was founded on 10 November 1775, when Captain Samuel Nicholas raised two battalions to fight in the Revolutionary War.

Their first taste of combat came at the Battle of Nassau, in the Bahamas. There, the new force showed its strength by claiming a British port and occupying it for two weeks.

30 June 1834 marked an important date for the Marines. This was the date when the Marine Corps was officially brought under the umbrella of the US Department of Navy.

Despite this categorization, the Marine Corps maintains its strong identity and many unique traditions.

Marines aren’t just confined to land and water. For over a hundred years, they’ve fought enemies in the sky too, thanks to the Marine Corps Aviation branch.

This important section of the Marine Corps began their airborne operations just before WWI, where several Marine pilots earned the Medal of Honor for their actions in the air. Today, the Marine Corps Aviation branch uses a wide range of modern aircraft, including helicopters and fighter jets.

Marines Fought in Every Major US Conflict

There might be a specific conflict that springs to mind when you think of Marines. Perhaps it’s one you or a loved one fought in, or perhaps it’s a war you’ve often seen in movies and TV shows.

But wherever the Us has been in conflict, the Marines have been there in the thick of it. Both World Wars, Korea, Vietnam, both of the Gulf Wars are just some of the many conflicts where Marines have fought with honor and distinction. Their adaptability makes them a formidable force wherever they’re deployed.

One of the ways the role of Marines in these conflicts is honored and remembered is through the collection of Marine Custom Challenge Coins. These special items have been around since WWI and are much prized among Marines and their families.

We hope you enjoyed our article about the history of the Marines and learned a few things along the way!

If you’re looking for more informative and entertaining content, take a look around our site. We’ve got all kinds of great articles on a huge range of topics for you to enjoy.