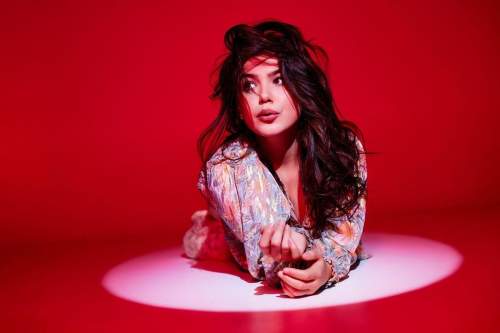 Emily Abigail Ashley Hoes, mostly known as Abbey Hoes inborn 20 May 1994 in Rotterdam, is a Dutch actress. She began her dance training, sing and act lessons when she was 10 in Hofplein Children’s theatre. Earlier after trying for a music career, she turned into acting and featured a tv commercial for the soft drink company Roosvicee. She debuted on-screen as Maite in 20009 in the controversial project Maite Was Here. Her upcoming films include Furious, Nina Satana, To Be King. She also played supporting roles in Tirza, Lover or Loser, and the most famous award winner, Finnegans. In 2012, she achieved the title of Most promising young talents of Dutch Film Festival. She won the Dutch Film Award two times in 2015 and 2017 for her dashing performance in ‘Nena’ and ‘Petticoat’ (a tv series). In a Dutch version of a popular Disney show, she voiced as Violetta. The Year Zero, Snow White, Spangas, Feutenetc are her notable tv works.