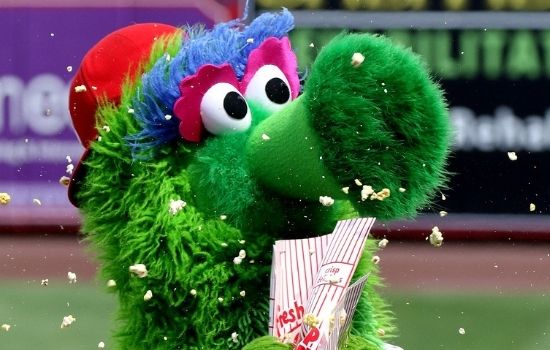 It’s hard to imagine a time when major league sports teams didn’t have a massive, furry mascot running through the stands to get spectators excited. Not only is it part of the fan experience today, but it’s also a crucial facet of each team’s identity.

Sure, no one may know what the Montreal Canadien’s mascot Youppi! is or how the Milwaukee Brewers settled on a mascot of racing sausages, but fans love them. And, for teams used to being the underdog, a mascot goes a long way in rallying fans and creating a positive and energetic atmosphere in stadiums.

In some cases, mascots may even feature in prop bets from sportsbooks. To be fair, characters are there to support team morale, and won’t affect a team’s ability to hit home runs with bases loaded. Take Mr. Met, for example. Though the mascot is ingrained in baseball culture, Mr. Met hasn’t helped to sway the Mets betting odds from top pundits or brought home more than a division title in recent years.

However, the mascot does help fill the stands and rally fans—especially when a team is in a slump. And, in the case of the greatest mascots like Mr. Met, their fame surpasses their sport and team—just check out his 2014 Rolling Stone profile.

Though mascots are a huge part of today’s sporting culture in the US, the first major league mascot didn’t appear until the San Diego Padres’ 1974 reveal of the San Diego Chicken. Within a few years, other mascots popped up with MLB teams looking to find a way to fill the stands.

The hilarious hijinks of the mascots not only distracted from a team’s poor performance and the Southern California heat, but it also captured the attention of remote viewers. Soon, the Philly Phanatic of the Phillies had airtime, followed by the NBA’s Phoenix Suns, who brought on a gorilla.

These original mascots weren’t meant to feature on Tik-Toks and other social media posts but were instead carefully designed set pieces created by crafty sports lovers like Tom Sapp (father of the modern mascot). Sapp’s efforts helped bring Hairy Dawg, the mascot for the Georgia football program, onto a major ESPN broadcast of the Sugar Bowl in 1981.

From there, mascots slowly gained steam. Some teams looked to infuse their mascot with a story and history closely tied to the franchise’s origins, while others looked to capitalize on the goof factor.

Soon, mascots were doing more than rallying the crowd. By the 1990s, many were engaging in high-stakes stunts like flipping off trampolines and flying from cables aside from the usual non-verbal joke fair.

As one of the OG mascots in the major leagues, the Philly Phanatic isn’t afraid to push the bar. In fact, he’s the most-sued mascot in US sports history given the character’s gutsy hijinks with fans. The Phanatic isn’t pretty, either. It’s a massive, green monster—but it’s absolutely hilarious, engaging, and won’t be leaving Citizens Bank Park anytime soon.

If the Phanatic is the funny uncle of mascots, then Jaxson De Ville is the prankster-turned-stuntman that’s had one too many energy drinks. Despite representing one of the worst teams in NFL history, Jax has been voted the best mascot in US sports multiple times (as well as proclaiming it himself).

Fans love him for his high-flying stadium entrances, which include dangling from the sky, jumping off the lights at EverBank Field, and via military Jeep. However, Jax has been reprimanded multiple times by the NFL for distracting from gameplay.

The Toronto Raptor is, in his own right, a celebrity. Aside from his work cheering on his Championship-winning NBA team, the Raptor interacts with fans, but has also made headlines for challenging tennis star Eugenie Bouchard to a basketball showdown, meeting Toronto’s mayor, and tearing his Achilles in a doomed backflip.

Antics aside, the Raptor has yet to be sued or punished by the NBA for his antics.