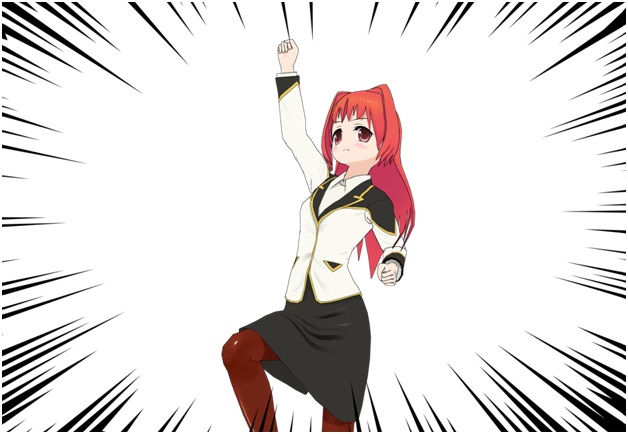 The best anime-style games are as diverse as the Japanese movies, TV, games of creating virtual harem, and manga they are inspired by. This list is especially good if your wallet can’t afford AAA games right now and you miss anime.

Inaba is a rural Japanese town where amazing things happen. A group of high school students enters a mysterious world inside televisions. They manifest their hidden powers in the form of the so-called Personas to solve the mystery of a series of unexplained murders.

Along the way, the protagonist develops relationships with a multitude of people who enrich his life and bring him closer to the truth in different ways. The gameplay is strongly reminiscent of classic dating sims. We are given about a year of playing time to get through, and we must carefully allocate our calendar days. Went to the movies to see a horror movie? Raised your courage. Did your homework? Got smarter. Read a love book? Your charm has grown. Each characteristic affects different gameplay elements, including the ones where you can get the girl of your dreams. But that’s only one side of the coin.

The developers divided another half of the game into traversing dungeons in the style of turn-based classic Japanese RPGs. Shin MegamiTensei series and its independent offshoot Persona has been considered one of the strongest representatives of the genre for decades. A key element of all the projects in the series is built on demons from world mythology. Almost like Pokémon, you collect creatures throughout the game and enhance them in every possible way. The only difference is that Persona allows you to create them yourself, mostly by crossbreeding.

Persona 4 Golden has long been a PlayStation Vita exclusive, but its recent release on Steam has surpassed the developers’ expectations, selling more than 500,000 copies of the game in just one month. It also received praise from fans with an outstanding 96% approval rating.

A classic game from Squaresoft, the company that created Final Fantasy. The story begins with a hero named Serge, who finds himself in a parallel world where he died under mysterious circumstances more than ten years ago. Serge teams up with an adventurer girl and sets out in search of the mysterious Ice Flame, an artifact that allows its owner to alter time and space at will.

Chrono Cross is the logical sequel to the legendary Chrono Trigger. But you can understand the storyline of Cross without going through the first part. The question of what is better – Chrono Cross or Chrono Trigger, is left to the discretion of the player, as both projects are considered masterpieces of the world and in general have had a significant impact on the video game industry.

Each character here has a different goal. There are no great messages about love, friendship, or unity. It’s easy to forget your mission here, to feel lost. As a result, Chrono Cross feels like a story of self-discovery, a process that is inherently lonely and often sad.

Only the lazy have not heard about Final Fantasy VII. Even in the CIS countries, the series enjoys considerable popularity. For many, Final Fantasy VII was the first game that proved that the plot in video games can be something more than ordinary violence.

It is probably a little controversial to say that the game style is anime. The characters here are so triangular. However, there is no doubt that Tetsuya Nomura’s CGI and art design is pretty much in the style of a regular anime.

First and foremost, gamers love Final Fantasy VII for its story. When the game was half-finished, Hironobu Sakaguchi (producer and creator of Final Fantasy) learned of his mother’s death. He was so shocked by the news that the main motif of Part 7 had to be changed to the eternal question of life and death. For him, it became more than just a story about saving a princess.

It turned out to be so touching and unforgettable that people literally cried during the announcement of the development of Final Fantasy VII Remake. The story by Hironobu Sakaguchi and the music by Nobuo Uematsu is something that will stay in your memory for a lifetime.

The first part of Golden Sun was released back in 2001 and many people have already forgotten about it because there hasn’t been a new game in the series since 2010.

So, the first thing to warn any player who wants to start the passage of Golden Sun — it has a lot of dialogue. Even in the prologue, there is something to read. Psycho-energy is a key part of the plot and the solution of the Golden Sun puzzles. It can also be used in combat to fight enemies, and its functions are similar to the magic in other role-playing games.

In a nutshell, this is almost Final Fantasy: high-quality, with exciting puzzles and a summoning system like in FF. The best feature of Golden Sun: Battle Arena. Here you can fight with the monsters that you have already fought, and try to score a huge series of victories. You can enter this mode from the home screen at any time. If you have two Game Boy Advance, two copies of the game, and the necessary connecting cable, you can also challenge a friend.