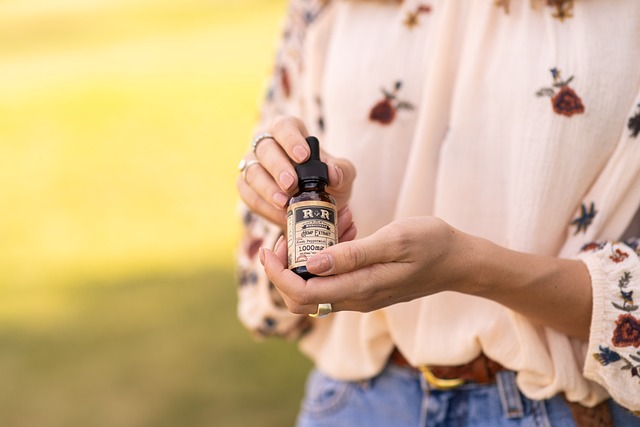 You may have heard of CBD and THC, the two most famous cannabinoids. But there is a new cannabinoid in town that is rapidly gaining popularity for its purported health benefits: CBG. But what is CBG, and what does it do? Keep reading to learn more about this exciting new compound.

Cannabigerol, or CBG, is a cannabinoid found in the cannabis plant. Unlike THC, CBG does not produce any psychoactive effects. In fact, CBG is thought to counteract some of the negative effects of THC, such as paranoia and anxiety. Although CBG is a non-intoxicating cannabinoid, it has shown promise in treating a variety of medical conditions, including Huntington’s disease, Crohn’s disease, and glaucoma.

The therapeutic potential of CBG was first explored in the 1960s by Israeli scientist Raphael Mechoulam. Since then, a number of studies have been conducted on animals that have shown CBG to be effective in treating a wide range of medical conditions.

CBG is thought to work by interacting with the body’s endocannabinoid system (ECS). The ECS is a network of receptors that are located throughout the body. These receptors are responsible for regulating a variety of physiological functions, including mood, appetite, pain sensation, and inflammation.

CBG has been shown to interact with both the CB1 and CB2 receptors of the ECS. By interacting with these receptors, CBG is thought to produce a number of therapeutic effects, including analgesic (pain-relieving), anti-inflammatory, and neuroprotective effects.

CBG, or cannabigerol, is a non-psychoactive cannabinoid found in marijuana and hemp plants. Like CBD, CBG has been shown to offer a number of potential health benefits. Here are just a few of the ways CBG might be able to help you.

1. CBG is an antibacterial agent

One study found that CBG was effective against methicillin-resistant Staphylococcus aureus (MRSA), a type of bacteria that is resistant to many antibiotics. This suggests that CBG could be used as an alternative to antibiotics for treating bacterial infections. Most antibiotics are known to cause a number of side effects, such as nausea, vomiting, and diarrhea. CBG, on the other hand, is generally well-tolerated with few side effects.

2. CBG may help to treat glaucoma

Glaucoma is a condition that is characterized by high pressure in the eye. This can lead to damage to the optic nerve, which can eventually lead to blindness. CBG has been shown to reduce intraocular pressure in animals, making it a potential treatment for glaucoma.

Studies in rats have shown that CBG can reduce inflammation by interacting with the body’s endocannabinoid system. This system plays a role in regulating inflammation throughout the body. As such, CBG may be helpful for reducing inflammation associated with conditions like arthritis and Crohn’s disease.

Some research suggests that CBG may help protect nerve cells from damage caused by degenerative diseases like Huntington’s disease and Parkinson’s disease. This protection is thought to be due to CBG’s ability to reduce inflammation and promote nerve cell growth.

Can you imagine not being able to enjoy the Ripper casino bonuses because of pain? Pain can greatly affect your quality of life, and you might find yourself struggling to do the things you love.

CBG has been shown to interact with the body’s endocannabinoid system, which plays a role in regulating pain perception. As such, CBG may help relieve pain associated with conditions like migraines, Fibromyalgia, and multiple sclerosis.

A 2015 study found that rats treated with CBD and CBG displayed reduced levels of anxiety and depression compared to control groups not treated with cannabinoids. While more research is needed to determine whether these effects are replicated in humans, the results of this study suggest that cannabinoids like CBGs could potentially be used to treat mood disorders like anxiety and depression.

Potential side effects of CBG

CBG is generally well-tolerated with few side effects. The most common side effect of CBG is fatigue. Other potential side effects include diarrhea, dry mouth, and changes in appetite.

As with any supplement, it’s important to talk to your doctor before taking CBG. This is especially important if you take medications that interact with the endocannabinoid system.

Difference between CBD and CBG

CBD and CBG are both cannabinoids found in marijuana and hemp plants. They offer a wide range of potential health benefits with few side effects. However, there are a few key differences between CBD and CBG.

Although further research is needed to confirm the therapeutic potential of CBG, early studies suggest that it may be an effective treatment for a variety of medical conditions. If you’re interested in trying CBG for yourself, make sure to purchase it from a reputable source. Additionally, talk to your doctor or healthcare provider first. They can help you determine whether taking cannabinoids is right for you and monitor your progress if you decide to try them.