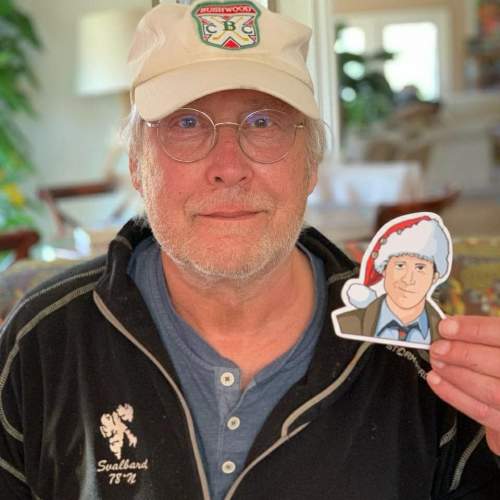 Cornelius Crane “Chevy” Chase is a screenwriter, producer, actor, and comedian based in America. He was born into a well-known family and has done plenty of jobs before stepping into the entertainment industry. He was once the primary member of the famous show Saturday Night Live. He is both the writer and a performer, and being both, he earned Primetime Emmy Awards, and out of 5 nominations, he won the award three times.

For the first time, Chevy did the leading role in a comedy film entitled “Foul Play,” and for his ultimate acting skills, he got nominated for two Golden Globe Awards. He is also famous for his portrayals in Fletch, Fletch Lives, and some of the Vacation films by National Lampoon. Some of the films in which Chevy performed include Spies like Us, Man of the House, Modern Problems, Caddyshack, Three Amigos, and Hot Tub Time Machine. He got the opportunity to host the Academy Awards two times, and also he is the owner of his talk show titled “The Chevy Chase Show.”

Chevy Chase took birth in 1943 on 8th October in New York City. He was born in Lower Manhattan and was bought up in Woodstock of New York. He is the child of Cathalene Parker and Edward Tinsley “Ned” Chase. His mother was a librettist and a pianist, and his father was a magazine writer and a book editor. He was named after his grandfather Cornelius, and he got the name Chevy from his grandmother.

When Chevy was four years old, his parents got divorced, and both his mother and father remarried. He grew up while staying with his maternal grandfather. He said that his mother and his stepfather psychologically and physically abused him.

Chevy attended Riverdale Country School in New York City, and he completed his graduation from Stockbridge school in 1962. He has done his graduation from a boarding school located in Massachusetts. He entered into comedy world while completing his studies at Haverford College. He was expelled from his school and was then shifted to Bard College in New York. He completed his pre-med curriculum from Bard College and graduated with a Bachelor of Arts in 1967.

He was a member of Channel One, a comedy ensemble that he co-founded. He was a comedian and a writer and has written a page for Mad magazine on Mission: Impossible in 1970. Chevy made comedy his full-time career and has done many radio shows and talk shows. He featured in National Lampoon Radio Hour and Brian Doyle-Murray, Gilda Radner, John Belushi, Bill Murray, and more.

In 1973, Chevy got married to Susan Hewitt in New York. After living together for three years, the couple got divorced. Chevy again got married in 1976 to Jacqueline Carlin. He is an active philanthropist and an environmentalist and is popular for his political views.

The estimated net worth of Chevy Chase is approximately $50 million. He earned his worth by doing radio and comedy shows. He is also a great writer.