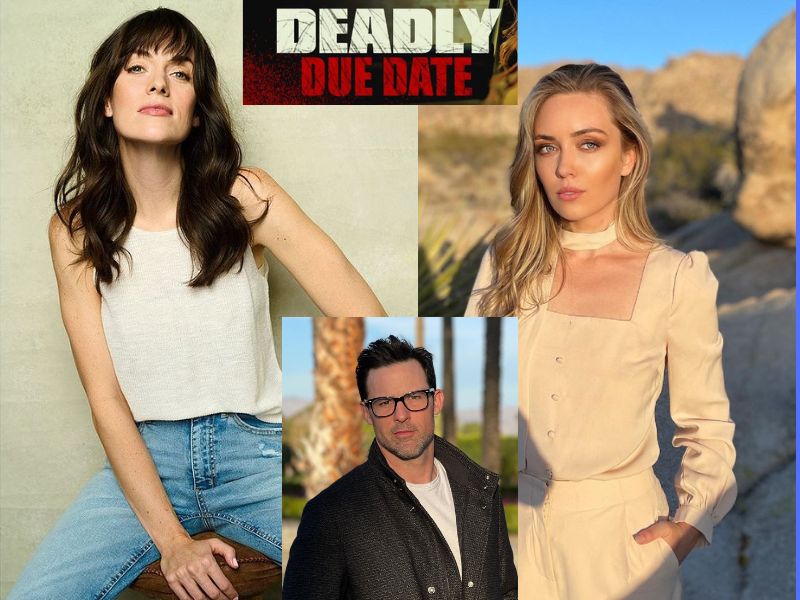 Deadly Due Date is the way to go if you’re in the mood for a suspenseful drama. Just like every other week, this weekend brings a new thrilling suspense film from Lifetime. The protagonists of Deadly Due Date are a happily married couple who think everything is wonderful until they start having trouble having a baby. At their high school reunion, they run across an old friend who pledges to let them adopt her child, and suddenly things are looking up. After reuniting with a pregnant classmate at their reunion, a couple’s life is thrown into chaos when the woman promises to let them adopt her baby. Still, unbeknownst to them, she has plans to create the perfect little family. This is according to the official synopsis for the Lifetime thriller drama.

A member of the Deadly Due Date cast

Ashlyn Yennie, who starred in Deadly Due Date, will play Bill O’Donnell’s wife, Rachel. The Human Centipede, Hidden Intentions, The Wrong Neighbour, Undateable, Abducted, and True Blood are just a few of the films in which the actress has appeared. Yennie was born in Riverton, Wyoming, and she attended the New York Conservatory for the Performing Arts to hone her acting skills.

Philip Boyd, an actor and writer from Georgia, currently resides in California. The Haves and the Have Nots, Mixology, Femme Fatales, and Saving Grace are just a few of the shows he has guest-starred in. The Fight That Never Ends, Wheels of Beauty, 12 Cups of Christmas, Deadly Assistant, and Did I Kill My Lover are just a few of the films in which he has appeared. Boyd portrays Bill O’Donnell, the husband, on the Deadly Due Date.

Australian actress Ella Cannon, who began her career at age 17, is noted for roles in Trees of Peace in 2021 and iZombie. She has also appeared in Legends, Neighbors, and Winners & Losers among other television shows and films. In the forthcoming Lifetime suspense film, she plays a character named Claire Mathers. She portrays the antagonist, who is pregnant and offers her child up for adoption to Rachel and Bill. Nonetheless, she has other motives. In addition to the actors mentioned above, Deadly Due Date also features the talents of Dana Hanna as Detective Morton, Nick Rhame as Teen Bill, Alen Hansinger as Teen Claire, and Brianna Butler Lindsay as Alice O’Donnell.

Details on the Movie “Deadly Due Date”

The preview for Deadly Due Date gives off a positive vibe. Bill’s mom, Diane, has accused Rachel of trying to kill her and her son by starting a fire. Claire, a new addition to the couple’s lives, arranged the whole thing by making a promise of a child. According to the plot, Claire and Bill may have had an affair when they were younger, and she now wants to start a family with him. The true validity of this theory can only be determined in the future. This Friday, October 29, at 8:00 p.m., the debut of Deadly Due Date will air on Lifetime.