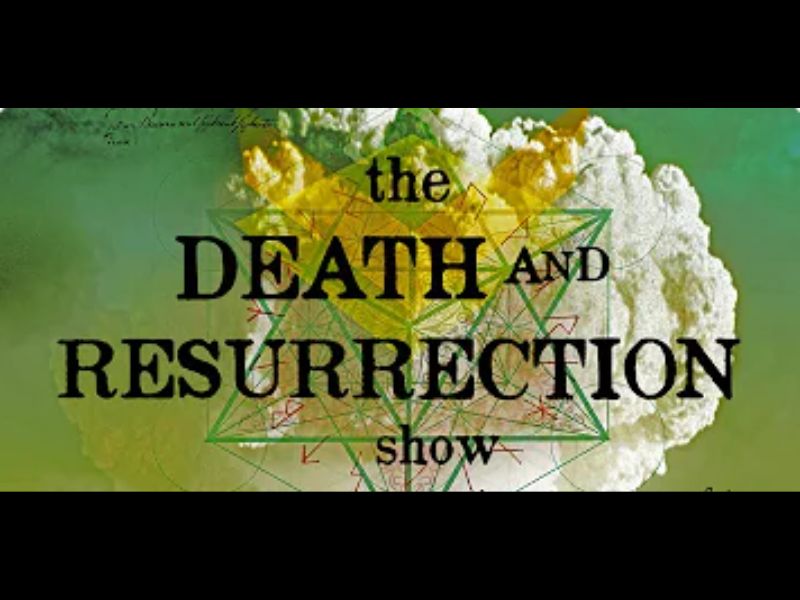 Punk is an amazing phenomenon in the history of music. Its chronological boundaries are surprisingly narrow, and yet no guitar genre has spawned as many offshoots as punk rock has. This text is not an attempt to talk about the history of punk and postpunk, as the monumental works of Gillian McCain and Legs McNeil’s “Please Kill Me!”, Simon Reynolds’s “Tear It All Up, Start Over” and many other authors have written about it. This text is an attempt to look and listen at how the subculture evolved, died, and evolved again through its most important releases.

With this album, you could say the entire history of underground music began. The Velvet Underground’s debut release provoked with lyrics about drugs and sex and, for the 60s, an over-experimental sound. Beginning with the melodic Sunday Morning, the album immediately turns into a set of repetitive psychedelic noise, mined through non-trivial guitar settings and exotic instruments. Not surprisingly, the origin of punk was Andy Warhol, the main art provocateur of his time. Not only did he provide one of the most recognizable covers in music history, but he also produced the album and introduced Lou Reed to the avant-garde singer Nico, who has a solid place on the album. Although the collaboration between The Velvet Underground and Nico was a commercial failure, its roots sprouted throughout copyright free music with the prefix “alternative,” “art” and other designations of otherness from the mainstream.

If The Velvet Underground’s influence would not become apparent until the next generation of musicians with commercial success in the industry, The Stooges provided the groundwork for the development of future punk culture. Picturing Iggy Pop onstage in outerwear was almost impossible, and his onstage antics pushed the boundaries of what was possible in concert culture. The sound of the debut album, by the way, produced by the former member of The Velvet Underground John Cale, defined what music would be short. It’s enough to listen to the band’s main hit I Wanna Be Your Dog, and everything falls into place: dirty garage sound, simple music based on power chords (more about them later), and defiant lyrics with BDSM subtext. Together with The Velvet Underground, The Stooges were the main harbingers of the coming protest, and in retrospect, “proto-punk” will also join the many genres of bands.

Bands spent the first half of the ’70s warming up for the next five years to erupt into a huge noise wave filled with all kinds of dirt. The lovey-dovey hippies disappeared, the peace-loving ideology collapsed, and a new generation of teenagers chose hatred as the main engine of self-expression. Despite the dislike of children of color, the formation of a new subculture was greatly influenced by beatnik literature, which also rejected any accepted cultural framework. Aware of their social status, the protesting youth borrowed the pejorative slang punk, with which people stigmatized the marginalized. The center of the new subculture becomes New York City, and its place of power is the CBGB club, where country music and blues were once predominantly played. The main reason to go to the club was Television, a regular garage-rock band with strong influences from The Velvet Underground. Patti Smith, a young musician, poet, and theatrical actress, once attended one of these concerts and met guitarist Tom Verlaine there. The result of the acquaintance was a brief relationship and a close musical collaboration. Smith began to play in the club regularly, performing melodeclamations with hard-rock arrangements, and in 1975 their debut album Horses was released, which was produced by the aforementioned John Cale. And listening to it, it is difficult to understand where the punk or cyberpunk royalty free music is, but it is felt here not on the musical level, but on the ideological one. It’s no surprise to see a man in women’s clothes by the mid-’70s – David Bowie and the same CBGB New York Dolls residents managed to sit in dresses on the covers of their releases. But dressed in a strict traditionally masculine suit, Patti Smith, coupled with her androgynous appearance, looked no less daring than the glam rockers. The songs were no less defiant – instead of the usual beautiful female vocals, there was an uneven voice, occasionally shouting, whispering, or reading beautiful verses reminiscent of Arthur Rimbaud and Jim Morrison lyrics, while the background plays at times utterly simple 60s rock and avant-garde sketches in the spirit of Lou Reed. In this way, Patti Smith not only united high and low in the musical form, as the beatniks once did but also broke all kinds of gender stereotypes and became one of the main figures of the second wave of feminism.