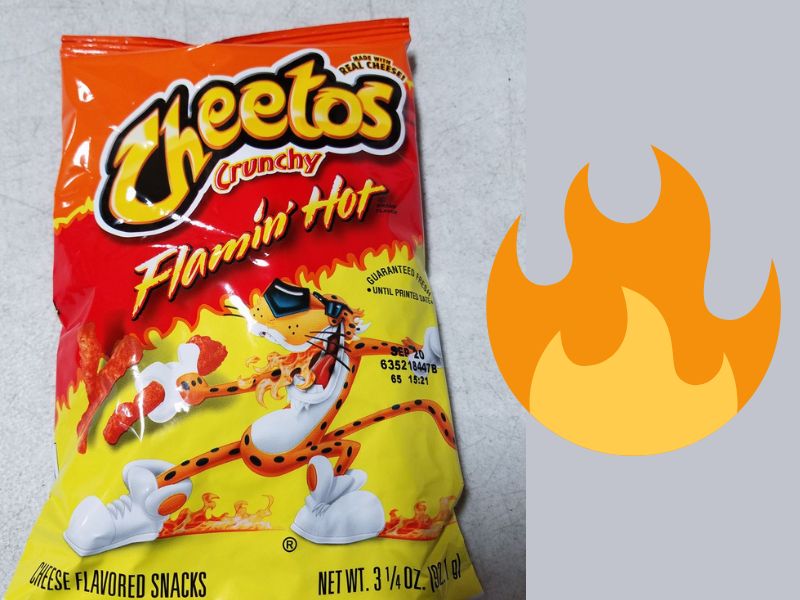 According to a rumour circulating on Twitter, the wonderful Flamin’ Hot Cheetos snack may soon be discontinued. These potato chips are among Frito’s most popular products. Lay’s In addition to the original Cheetos, there are baked, puffed, crispy, cheddar jalapeo, and mac ‘n’ cheese versions of this snack food. As of the time this article was written, there have been no online notifications about the end of production of Flamin’ Hot Cheetos. But, sadly, XXTRA Flamin’ Hot Cheetos were phased out of production a year ago. The business said in a tweet in April 2020 that they had “reduced” their production to better meet the common demand at the time.

Are they plan to stop selling flaming hot Cheetos?

As of the time this article was written, there were no reports of Cheetos dropping their signature Flamin’ Hot flavour. Oh, thank god! The owners of the snack food company Frito-Lay have not issued any comment of this kind so far this week. It seems Flamin’ Hot Cheetos are here to stay for the coming years.

A week ago, Twitter users originally voiced concerns over the anticipated discontinuation of Flamin’ Hot Cheetos. A person on Twitter who goes by the handle @saycheeseDGTL is the one who started the rumour that Hot Cheetos were in short supply and that certain stores were restricting consumers’ ability to buy more. Because social media users were so concerned about what may happen to their favourite treat, the message immediately went viral.

A user who posted a remark on the website expressed concern that Flamin’ Hot Cheetos will be discontinued this year. My apologies, @Fritolay; are they discontinuing the manufacture of Flamin’ Hot Cheetos?! So sorry if I come out as too emotional, but if that’s the case, I won’t be buying another product from Frito-Lay again. A third user of Twitter said, “Excuse me, but are they getting rid of flamin’ hot Cheetos?” in a tweet. And yet another user voiced their disagreement with the decision to discontinue the production of flamin’ hot Cheetos. Currently, there is no evidence to indicate that Flamin’ Hot Cheetos are either in short supply or being removed from the market in the United States.