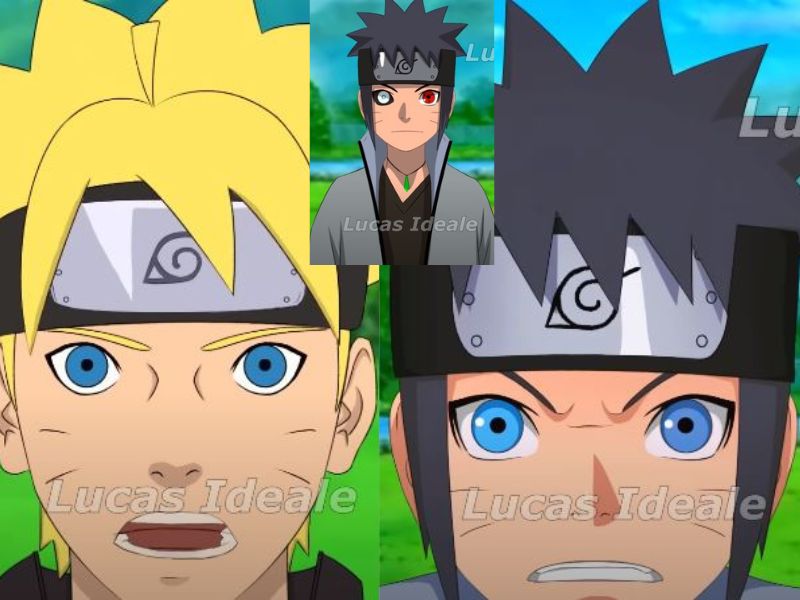 Certain fan theories about Boruto, although seemingly crazy, really make a lot of sense. The idea of time travel has profound consequences in the world of Boruto. Time travel, or dimension hopping, was one of Kaguya Otsutsuki’s special abilities, an aspect of her Rinne-Sharingan, a concept briefly addressed for the first time at the very end of Naruto Shippuden. Since then, other members of the Otsutsuki clan have used similar abilities in the Boruto world. In the same way that Boruto and Sasuke travelled back in time to track down Urashiki Otsutsuki, some of Kawaki’s admirers think that he may have a mysterious history that may be explained by visiting the present from the future.

Is it possible that Kawaki is the son of Boruto and Sarada?

Kawaki being the kid of Boruto and Sarada is one of the most outlandish yet rational notions Boruto fans have come up with. Kawaki’s background as a youngster, with the Uzumaki and Uchiha lineages coming together, may account for the many similarities that have been drawn between him and Naruto and Sasuke. The type of karma seals worn by Kawaki and Boruto is another piece of evidence that enthusiasts think gives credibility to this notion. The karma seal is a member of the Otsutsuki clan’s equivalent to Orochimaru’s curse mark in the Naruto series; it stores the clan’s genetic material in a safe place in the event of a disaster.

To reincarnate an Otsutsuki member, it may gradually transform a suitable vessel into that individual. Boruto and Kawaki are both Otsutsuki-compatible are notable since such compatibility is very unusual. The fact that Boruto’s mother, Hinata, is a Hyuga and a descendant of Hamura Otsutsuki makes sense, but the extent of Kawaki’s connection to the karma seal is unknown. Another piece of evidence is that after being reincarnated into Jigen’s body, Kawaki purportedly lost the karma seal that had been put in him by Isshiki Otsutsuki.

However, he was later discovered to have, for unknown reasons, reclaimed the karma seal. Fans have also noticed that Boruto’s karma seal responds to Kawaki’s. Although this behaviour may be explained by Boruto’s incapacity to manage karma, it still appears odd to the fans. Kawaki’s suitability as an Otsutsuki vessel and the resonance between his and Boruto’s karma seals are best explained if Kawaki is, in fact, Boruto’s kid.

Why would Kawaki return?

It’s reasonable to wonder why. Followers of the Boruto manga and anime may attest to this. Boruto and Kawaki face off at the destruction of Konoha and the end of the shinobi era. In recent episodes of the Boruto anime, Momoshiki Otsutsuki overtook Boruto, causing him to accidentally stab Sasuke in the eye, therefore ruining his rinnegan and rendering it completely ineffective. Boruto might be possessed by Momoshiki again in the future, and if it happens, it could spell disaster for the shinobi world. Many fans of the Boruto series believe that Kawaki has utilized space-time jutsu to come back in time and stop or murder Boruto from achieving this future.