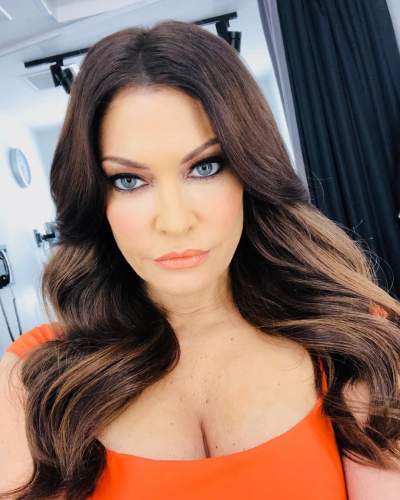 Kimberly Ann Guilfoyle is a popular name in America’s politics as she is a popular prosecutor and television news anchor. She was also the first lady of San Francisco from the year 2004 to 2006. Moreover, she is also an advisor to the former president of the United States of America, Donald Trump. She is an independent and successful woman and has also worked as a prosecuting attorney in Los Angeles and San Francisco. She has been into several professions and has handled all of them successfully. Being the partner of Donald Trump since the year 2018, now she needs no recognition as she is a famous celebrity.

Kimberly was born on 9th March 1969 in San Francisco. Her father was Irish, whereas her mother was Puerto Rican, and she spends her complete childhood in a catholic environment. She spent most part of her childhood in Westlake, Daly City, and Mission District, San Francisco. Kimberly’s mother’s name was Mercedes, and she used to give special education. She was suffering from Leukaemia, which led to her death when Kimberly was a mere 11 years old.

She completed her graduation from the Mercy High School in San Francisco and the University of California. In the year 1994, she got her Juris Doctor Degree from the University of San Francisco. While studying for her degree, she also worked as a model for a bridal magazine. Later, she continued her education in Ireland at Trinity College Dublin, Ireland.

After completing her degree in the field of Law, Guilfoyle started teaching in a public school while working as a prosecutor in San Francisco. She worked there till 1996, as after that, the new District Attorney fired around 14 prosecutors, and she was one of them. She worked as a deputy district attorney for four years in Los Angeles and handled different types of cases such as kidnapping, robbery, domestic violence, narcotics, homicide, etc. She received numerous awards, such as Prosecutor of the Month, while working at the District Attorney’s office.

In the year 2004, she embarked on her career on Television by hosting a program on Court TV. Later she also joined Fox new for hosting a weekend show on the channel. She enjoyed tremendous success on Television and also got involved in some controversies.

Kimberly Guilfoyle is married to Gavin Newsom, and they both got hitched in 2001. In 2005, they filed for a divorce and got it in February 2006. Later in the same year, she got married to Eric Villency in Barbados. They both have a son named Ronan Anthony, but unfortunately, they got separated in June 2009.

In 2018, Vanessa Trump put allegations on Guilfoyle that she was dating Vanessa’s husband, Donald Trump Jr., while they were married. They got divorced later in the same year, and in 2019, Guilfoyle and Jr. Trump bought a house for a whopping $4.4 million.

Kimberly Guilfoyle is an immensely successful TV personality and an American Attorney. Her net worth is around $25 million, and she is living a lavish lifestyle.