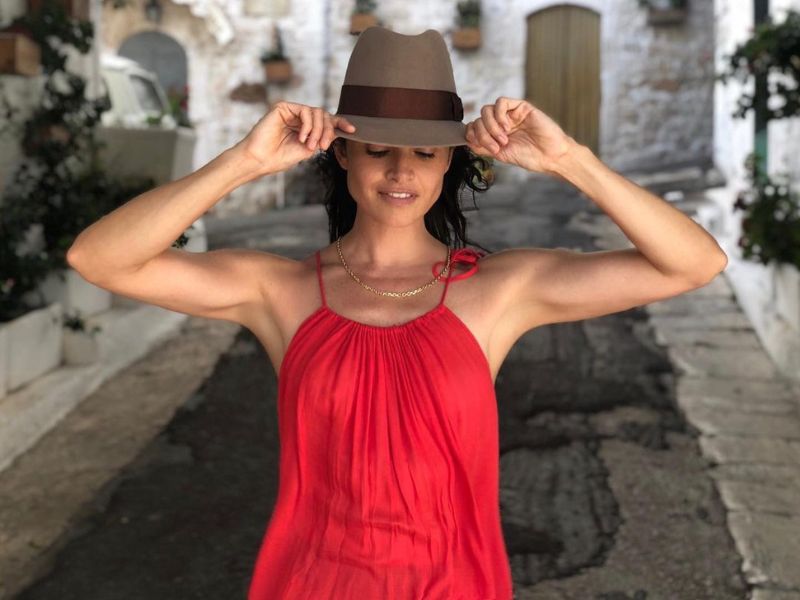 An actress, singer, and songwriter from Argentina is named Mia Maestro. She is best recognized for her performances as Christina Kahlo in Frida, Mora Martinez in The Strain, Nadia Santos in Alias, and Carmen in The Twilight Saga. In the year 1998, she launched her career. She made her acting debut in Tango of the famous Carlos Saura, which was nominated for Best Foreign Film at the Academy Awards and the Golden Globes. She has given vocal performances in Buenos Aires, New York City, and Los Angeles. Si Agua, her debut album from the year 2014, was published by Arts & Crafts on October 7. For her work in the stage version of Pandora’s Box, she received an ACE Award.

Maestro was conceived in 1978 in Buenos Aires of Argentina. Since her on-screen first appearance in the Tango of Carlos Saura, which got the Academy Award and the Golden Globe nominations for best foreign film, she has racked up a variety of diverse film credits. Maestro, who received his initial training in Argentina, moved there to build his vocal repertoire, which included songs by Kurt Weill and Hanns Eisler. She made her stage debut in Carlo Goldoni’s production The Summer Trilogy, and by the year 1998, she had landed the coveted role in Frank Wedekind’s Pandora’s Box calledLulu at the San Martin Theater in Buenos Aires, her hometown. She received an “Ace” Award for Best New Artist of the Year in recognition of this.

Maestro made her acting debut in the famous Tango of the renowned Carlos Saura, which was nominated for Best Foreign Film at both the Golden Globes and the Oscars. Her filmography also includes critically acclaimed biopic Frida of Julie Taymor, The Motorcycle Diaries, in which the famous Gael Garcia Bernal was her co-star, Savages of Oliver Stone, in which Benicio del Toro played the lead role, Poseidon of Wolfgang Petersen, TimeCode of Mike Figgis, Secuestro Express of Miramax’s, Some Girls of Neil La Bute, The Twilight Saga: Breaking Dawn Parts 1 and 2, She has been on shows like White Collar, Person of Interest, Scandal, and Alias for ABC. Mia is an international citizen. Mia enjoys traveling, surfing, scuba diving, and practicing Cha Dao, or “The Way of Tea,” when she isn’t performing or recording.

Maestro performed in the off-Broadway musical play My Life as a Fairytale, which was inspired by the life and writings of author Hans Christian Andersen and featured music by The Magnetic Fields Stephin Merritt. She also appeared in First Night, a parody of Mozart’s opera Cos Fan Tutte, the comedy Meant to Be, and the independent American film Mr. Tambourine Man, which was based on an Oliver Sacks story. In the ABC TV pilot for the upcoming 2010–2011 season, Cutthroat, Maestro will play the main character. As of September 30, 2010, she has been cast in The Twilight Saga: Breaking Dawn – Parts 1 and 2 as Carmen of the Denali Coven. Maestro visiting Maya is an owner of a café with whom Neal Caffrey goes on an adventure in the television show White Collar.

She portrayed Dr. Nora Martinez in Guillermo del Toro’s vampire-horror movie The Strain. In 2015, she also had a guest appearance in the NBC TV series Hannibal as Allegra Pazzi, the spouse of an Italian administrator. She returned to the stage in 2017 and portrayed Diana Salazar in Ferdinand von Schirach’s Terror. The play was performed in several different countries, and a modified version made its American debut at Miami New Drama’s Colony Theater in Miami Beach.

Mia Maestro has developed a wide range of intricate and distinctive on-screen personas throughout the course of her multifaceted career. She has also carved out a distinct niche for herself in the independent music scene. Mia says of her love of both acting and music, she is more susceptible when doing music. She has always thought that singing and revealing a part of your spirit go hand in hand profoundly.

Mia cleverly combines her career in music and film; her song Llovera, which she also acted in, was included on the soundtrack for the movie The Twilight Saga: Breaking Dawn Part 1. Guillermo del Toro, an Oscar® nominee who wrote and directed the popular FX television series The Strain, now has Mia playing the lead role.

Maestro’s rendition of Lloverá was featured on the soundtrack for Twilight: Breaking Dawn – Part 1 and was also included in the November 2012 release of the Blue Eyed Sailor EP. The three songs Time to Go Blue Eyed Sailor, (with Damien Rice), and the most well-known Lloverá are the EP’s standout tunes. A Blue Eyed Sailor’s music video, directed by Guillermo Navarro and Juan Azulay and featuring Cecilia Paredes, is also included.

Si Agua, Mia Maestro’s debut collection, was released by Arts and Crafts on October 7, 2014. Iceland is where it was recorded. Her voice was mentioned as one of Alt. best Latino choices of 2014 on NPR’s Alt.Latino. Maestro has performed on stage in Buenos Aires, New York City, and Los Angeles as an artist lyricist. She is now prepared to start recording her EP and subsequent collection. She collaborated with the British band Faithless, singing on the track “Love is My Condition” from their May 2010 album The Dance.

Mia Maestro is a renowned actress, singer, and songwriter whose bra size is 34B.