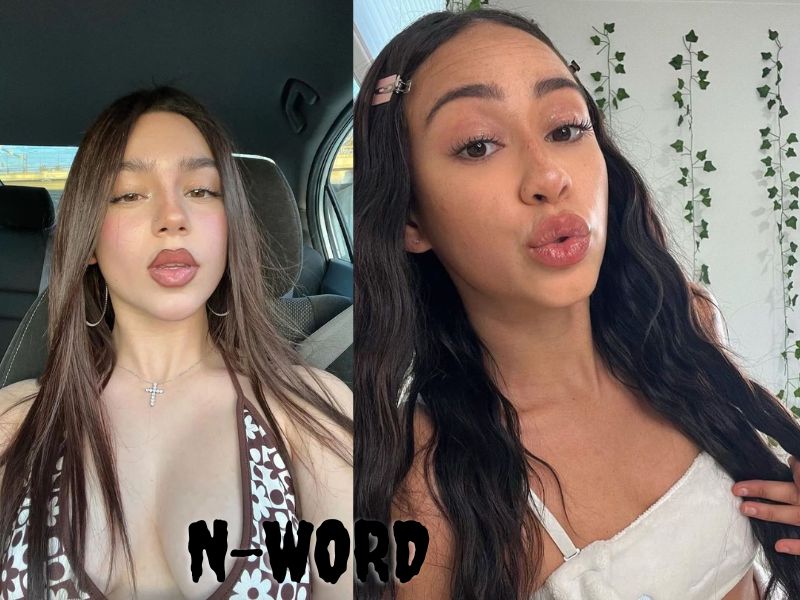 TikToker Paeka Campos recently uploaded a YouTube video in which she exposes Julie Sofia of The Bad Wiggies for allegedly using the N-word. This came only days after she shared her side of the story in a video titled The Truth. The 19-year-old social media sensation has been at the center of a scandal since fellow TikToker Amador Meza accused her of cheating. While most Twitter users criticized Amador, her reaction video received a lot of internet support.

Unfortunately, the video’s last reference to the viral TikTok group The Bad Wiggies enraged one of the group’s members, Julie Sofia, who responded with a video titled “Clearing the air.” Julie denied Paeka’s 24-minute video claim that the Bad Wiggies hadn’t contacted her, claiming that Paeka had cut off connection despite numerous attempts to reconnect. However, Julie’s primary complaint with Paeka was a video that Paeka had posted online in which Julie unintentionally disclosed details about her exes. She said that Paeka knew how reactive he was but that she still waited too long to remove the video despite being told to do so. Paeka sought to refute Julie’s allegations in a video that has since been taken down.

For her part, Paeka responded to Julie’s accusations in a 6-minute video that has since been removed, in which she insisted that she had never intended to publish Julie’s private information maliciously. The nature of her ex-boyfriend was unknown to me at the time. She was vague and evasive when we discussed this. And then she acts like I knew how he was before sharing this video, as if I had some malicious motive for doing so, which is incredibly upsetting since she knows this. I was instantly overcome with regret, and I went to the YouTube studio to make my video private and then began editing it to remove that portion.

She said that, I did this to disprove the narrative she is attempting to construct about me, which states that I didn’t care and took my time removing the video. Neither of these statements is accurate. Within minutes of her calling, I had everything finished. To make her appear awful was never my intention while posting it. As for her views about the Bad Wiggies, she told Amador that she was never very close to them and that Julie, unexpectedly, sometimes used the N-word.

Amador had questioned me about my relationship with the Bad Wiggies, but I didn’t feel like we were friends since I thought they were rude and false and because Julie often used the N-word. Since Julie is a long-time friend of mine, she is well aware of the things she avoids saying in this scenario, and it is humiliating to see how she has handled it. After Paeka’s shocking revelation that Julie had allegedly used the N-word, the next step in this endless rivalry is unclear.