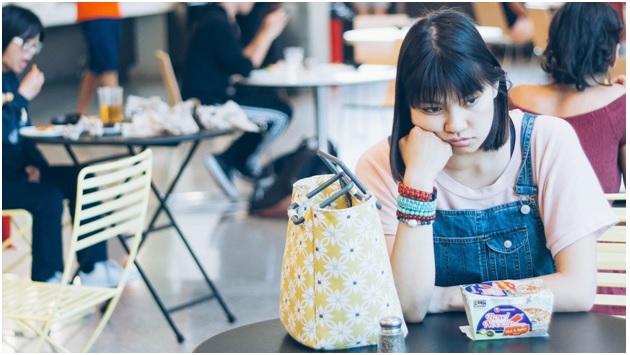 The enormous workload at the university, constant part-time jobs, lack of time for a rest – students around the world face these and many other problems daily. As a result, most suffer from stress, nervous breakdowns, and even depression.

Depression is a common mental disorder that manifests itself in various emotional disturbances: longing, anxiety, guilt, anhedonia, and self-reproach are just a few of them. On average, depression and other mental health problems are two to four times more common in academia than in other industries. But why are students so susceptible to depression? Let’s find out together.

Why do students struggle with depression?

There are numerous reasons why college kids are among the most vulnerable social groups that are constantly in danger of depression, which can be grouped into such general categories:

In the first year of college life, dramatic changes in routines, surroundings, people students contact with can be the main cause of stress. A new student must quickly adapt to an unfamiliar place and its unusual rules. Plus, they are constantly surrounded by new environments and unfamiliar people. Besides, a student often feels extra vulnerable because their union with former classmates and usual circle of friends is lost.

It is difficult for some to say goodbye to the life of a reckless schoolkid, and realize that childhood has ended. Life in another city, isolation from the home, distance from parents – it can be pretty hard on students. All of this only adds to the constant stress students feel, inevitably causes colossal anxiety, which can lead to depression if it builds up.

Modern college kids have a difficult time. Many find it hard to cope with the responsibility that falls on them in the university. Indeed, in addition to studying, you must solve financial problems, which arise from having limited finances as well as the inability to properly manage them.

In order to become less dependent on their parents, many are looking for part-time jobs, which leads to additional stress. Wanting to become successful fast, impress their peers, make their parents proud, many new students take up an unbearable amount of work.

As you can imagine, students often lead a very tricky lifestyle. They spend most of their time studying, preparing their homework, as well as communicating with friends and relatives, resolving personal matters, etc. In general, the student’s schedules and routines become a lot more packed with errands than before, which can make them less attentive to their health. In this regard, irregular unhealthy eating, insufficient sleep, not enough exercise, constant crouching behind a computer become all too familiar to every student.

Students often forget that health is no joke. Thankfully, there are many student tips to boost mental health that students can really benefit from which allow keeping mental health in check.

As we know, lack of exercise alone can greatly affect mood and productivity, but when you add all other health-detrimental choices students often make, it becomes no surprise why they are often one step away from depression.

Stress associated with studying is a top factor in developing depression as a student. Students are not only expected to perform on top of their abilities but have to show physical confirmation of their efforts – good grades. This is why most students deal with academic stress, which only increases as education becomes more demanding, assignments – more plentiful and complex. This is why many students nowadays get academic aid from services that help writing essays. They can help make the academic load lighter, not only allowing more time for projects that students are actually passionate about, but also relieving some learning stress.

Unfortunately, there is no escaping academic stress. The most pronounced form of educational stress can be attributed to examination stress, which hits many students very hard and may result in depression and other psychological disorders.

This is a factor that keeps getting more pressing in causing student depression as education progresses. At first, students fear leaving home and getting accustomed to new conditions and environments. Then they begin studying and start to fear getting bad grades and failing their classes.

This fear is usually fed by peers, who brag about their achievements, and parents, who keep reminding that their friend’s kid is doing so much better. Even when the education is nearing its end, fear doesn’t subside, as students begin to develop a new fear of not finding a job.

Constant fear can easily lead to depression, and often does so.

Michael is a writing enthusiast who is eager to spread useful information that will be helpful to his audience. He believes in transparency and acknowledgment of issues that burden society as a whole and its individual groups. Michael shares his expert opinions on education, writing, and other pressing topics that his readers like to research. He is well-equipped to analyze information and distinguish trendy subjects because of his years of experience as a researcher. When work is done, Michael enjoys quiet walks outside and jogging.