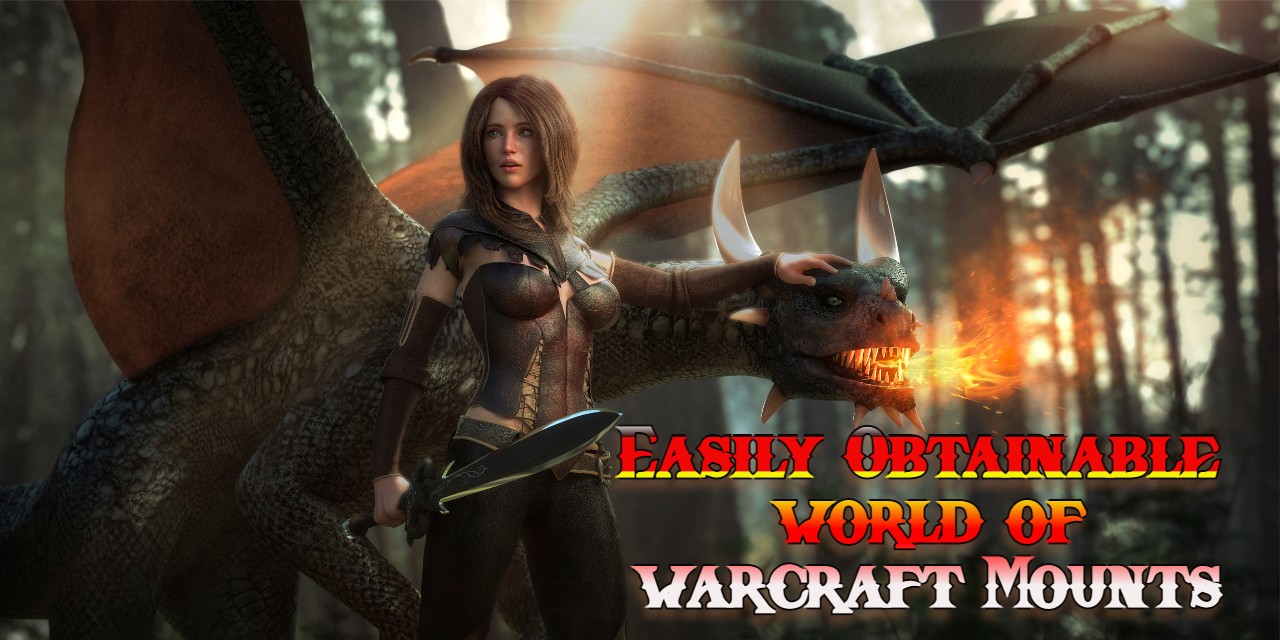 From being a mere convenience, World of Warcraft Mounts have become either status symbols or a visual statement that establishes the persona of one’s character. Sometimes, a bit of both. Then there are mounts that are cool but require almost no effort to get. Buy WoW Gold and then save it for other things because these mounts are free.

The Bronze Drake is one of WoW’s older mounts, especially that of the dragon variety. It’s why it’s not as elaborate as other mounts, let alone its fellow winged and scaly friends. But there is simplicity in beauty, and the Bronze Drake exudes that. Plus, its color is strikingly and beautifully unique. And because it’s a dragon, newer players will feel intimidated or impressed by it, maybe a bit of both.

To get your hands on one, you need to go to the Culling of Stratholme instance, which is found in the Caverns of Time dungeon. Here, one of Warcraft 3’s most memorable scenes will be recreated. But more importantly, you’re here to complete the dungeon while following your minimap’s markers before the time ends. It’s a 15-year-old dungeon, so you shouldn’t have any trouble finishing this one real-quick.

Upon beating the Infinite Corruptor, you will assuredly gain your due reward: The Reins of the Bronze Drake.

Being a My Little Pony fan these days has earned quite the stigma. For the sake of brevity and friendly content, we’ll not elaborate any further. The important thing is that if you are a WoW player who’s also a My Little Pony fan, it’s okay; no judgement. We have the perfect mount for you: the Shimmermist Runner. You’ll love its bright purple mane, its antler, and fur near its hooves.

After following this route, you’ll find a rare mob that will drop the item for this alluring steed. It’s what you wanted, right?

Unlike the previous two mounts, there is no other way to get the Grand Expedition Yak than to buy it for 120,000 gold from Uncle Bigpocket, which you’ll find in the Village of the One Keg. Yes, it’s one of the WoW mounts for sale in the game. To get there, you’ll have to first go to Kun-Lai Summit and make your way to the village.

Aside from its size and traditional Eastern feel, what makes the Grand Expedition Yak special is that it has a transmog vendor on one side and a regular vendor strapped on the other. With the two small stalls on their sides being actually functional, this mount not only makes you feel like you are going on an expedition, but actually equips you to be in one.

The Arboreal Gulper is weird and cute in an unconventional way. It’s why it’s become some sort of a meme mount, with players hanging out in huge central hubs, forming conga lines or circles while riding these frog-like beasts.

Another good thing about these critters is that it’s easy to get your hands on them. For players to have one of their own, they need an Unusually Large Mushroom from any of the mobs found in Ardenweald. Once you have one, you can finally spawn Humon’gozz, a mushroom-like mini-boss. He’s not exactly difficult to beat, but there’s no shame in finding him hard. After beating him, you’ll finally get your own wood-faced shell-jawed frog.

We started with a dragon on the list so it’s only fitting that we ended on the same note with the Smoldering Elder Wyrm. It’s also known as the Nightbane, which is a rather fitting name for a flaming skeletal dragon.

If you want one (seriously, who wouldn’t), you’ll have to go to the Legion version of Karazhan. Once inside, you’ll read a chat message saying “the strange chill of a dark presence winds through the air.” This marks the start of a supposedly (and worst-kept) secret timer to find five crystals. Every time you find a crystal, the timer is reset, so you should have no trouble finding the crystals as long as you are level 60. If you need extra help, you can find the crystals’ locations on WoWHead.

Don’t let their cool looks daunt you – mounts aren’t always super-pricey or difficult to find. So, what are you waiting for? Start getting these new rides now.