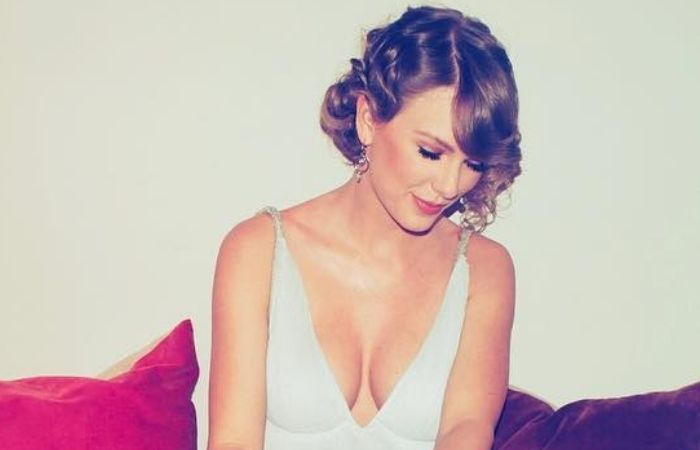 If you are a fan of pop music, you must know Taylor Swift as she is one of the top artists in the industry. She is a country music and pop singer as well as songwriter, who has a fan following all over the world. She is immensely popular among the young generation as her songs are mostly narrative and about her personal life. She released her first album in 2006, and it broke several records, which is a huge achievement for an artist at such a young age. She is considered one of the best-selling artists of all time with few Guinness World Records in her name, and her popularity is increasing at a burgeoning rate with each passing day.

Taylor Swift’s full name is Taylor Alison Swift, and she was born in West Reading, Pennsylvania, on December 13, 1989. Her mother’s name is Andrea Gardner Swift, and she worked as a mutual fund marketing executive. Her father’s name is Scott Kingsley Swift, and he worked as a stockbroker for Merrill Lynch. Taylor was named by her parents after the popular singer James Taylor. She spent her early years of childhood on a Christmas Tree Farm.

She started her education at the Alvernia Montessori School but later shifted to The Wyndcroft School. She started performing in musical theatre programs when she was only nine years old. She also used to get acting and vocal lessons in New York, for which she traveled up and forth on a daily basis. A documentary on the life of Faith Hill motivated Taylor to pursue a career in music, and she moved to Nashville, Tennessee. She learned to play guitar when she was 12 years old from Ronnie Cremer, who also helped her in writing her first song, ‘Luck You.’

After working with several talented and experienced songwriters such as Brett James, Troy Verges, the Warren Brothers, etc., she formed a professional bond with Liz Rose in Nashville. With her impeccable talent and skills, she became the youngest artist to be signed by the ATV Tree Publishing house, which was owned by Sony. She released her debut album in 2006, and it was ranked at the fifth position on the Billboard top 200 albums, and more than 7.7 million copies were sold all over the world.

She took advantage of the great start her career got and never looked back. She released back-to-back albums, and each one of them was a masterpiece and was ranked at the top in the Billboard rankings. In 2010, her single, ‘Mine’ from ‘Speak Now’ ranked at number three in the US charts making her the second female artist ever to do it.

There were some rumors in 2008 that she is in a relationship with Joe Jonas, but it was never confirmed by any of them. Later, she fell into love with Taylor Lautner, but they broke up in the year 2009. She got into several relationships, but none of them worked for her. Currently, she is with Joe Alwyn, and they have been dating since October 2016.

Taylor Swift is one of the biggest and most successful artists ever. Her net worth is astonishing $365 million, according to the latest reports.