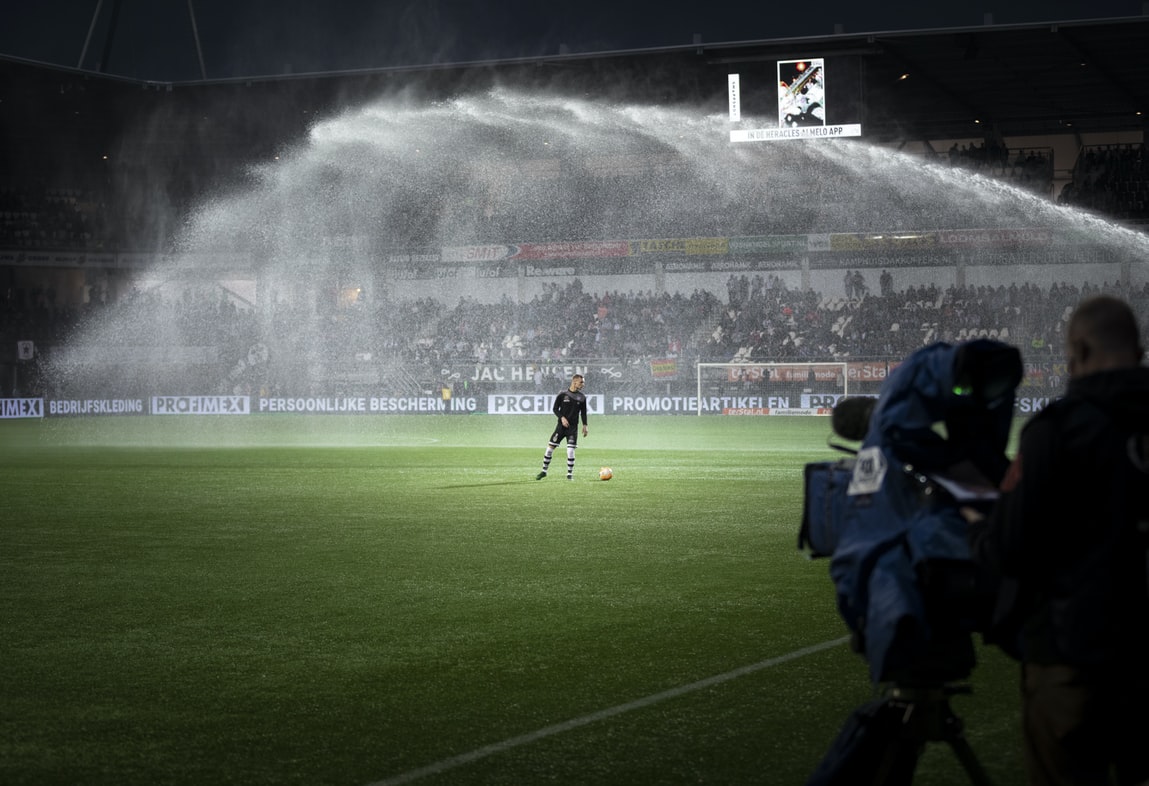 Sport brings people together. No matter whether you’re playing it or watching it, sport helps us to forget our differences and build bonds with the ones we love, and even with complete strangers.

Competitions for football, cricket, and tennis have been around for hundreds of years, so it’s easy to imagine these sports as static, unwavering disciplines that have weathered all of the changes that have taken place in the world over the last few centuries.

But that isn’t the case. Sports are living creatures that evolve and adapt according to the environment in which they operate. This is why Roman gladiatorial battles are no longer a sport in the 21st century – because cultural norms have changed.

Culture is not the only factor that influences sport. The economy, the environment, and even politics can have an effect. As can technology, which, arguably, has been one of the biggest drivers of transformation in just about every sport over the last century.

One of the most notable technologies to change sport was television, which altered the way in which many people followed their favourite sports by letting them watch games from the comfort of their own homes, often in real time. While this on its own was revolutionary, it also meant that much more money flowed into professional leagues thanks to broadcast rights deals and sponsorship.

But in the 50 years that have followed the birth of TV, the technical innovations have kept on coming, with many promising to change sport just as much.

Smartphones and tablets have changed our lives in many ways, providing us with instant access to just about anything and everything we could want or need. This technology has been one of the most disruptive of the 21st century and is especially powerful when it’s combined with some of the others that have developed over the last few decades.

Sport has, of course, not been immune to the disruptive effects of smartphones and tablets. It has meant that the years of sports fans congregating outside electrical retailers watching the game, while their partners spent some time in the other stores, are very much behind us.

Instead, anyone can quickly check the score of just about any live or completed game in seconds, either by opening a dedicated sports app or simply searching for the name of one of the teams playing on sites like Google.

This has allowed sports fans to stay up-to-date with all the latest events no matter when or where they are.

Mobile technology has changed sports betting, too, since it is now possible to bet on games and futures markets whenever you like and wherever there is an internet connection. Since this means that fans don’t have to travel to a betting shop or a casino, it allows them to place bets during a game while at home or even at the stadium.

With greater access to betting markets, more bookmakers have entered the industry. As a result, there is increased competition in the sector, leading many to offer free bets for new customers as well as provide better odds and develop innovative betting options like cash-out features and in-play markets.

That’s still not all. Mobile technology has worked its way into ticketing, with many stadiums offering (or even mandating) the use of digital tickets that have to be scanned from a smartphone to reduce their environmental impact and prevent fraud.

The way we officiate sports has changed over the years. Tools and processes used today seem so obvious that they must have always existed, but that simply isn’t true.

When football was invented in England, it would be several decades before referees were introduced. Before then, team captains would be trusted to control the game. Similarly, the assistant referees that sprint up and down the sidelines today didn’t take on their current role until just before the turn of the 20th century.

Most surprisingly, yellow and red cards weren’t used in the sport until the 1970 FIFA World Cup.

More recently, technology has been helping referees, umpires, and officials to enforce rules and ensure fairness. One of the first to do this was tennis, which introduced the Hawk-Eye system, developed by Sony, back in 2006.

It uses a network of cameras, each positioned around the edges of the stadium. They watch the movement of the ball at high speed and use the distributed position to triangulate the location it touched the ground.

It has since been rolled out to cricket, football, snooker, and badminton.

Sports that are played indoors, like basketball and ice hockey, are taking this to a whole new level. Both the NHL and the NBA have been installing huge tracking systems into the roofs of their rinks and courts. Not only can they track the position of the ball, but they’re able to follow the movements of each player throughout the entire game, feeding data back to officials as well as TV viewers and coaches.

There has been a lot of talk about virtual reality over the last decade or so. Companies involved in the development of the technology have, understandably, been shouting about it a lot.

However, augmented reality, which adds projected elements to the real world instead of creating an entirely new digital environment, has been used to change what viewers see when watching sports games on television or via a streaming platform.

One of the earliest implementations of this was the FoxTrax Puck, which added a streak of colour to make it easier for fans to see the puck on their small 1990s TV sets.

Today, this technology is used to change the sponsor logos around stadiums in international football games, with different languages and companies being displayed in different markets. It’s also used in sports like Formula 1 to add entirely new advertising boards and giant red stars to the sides of circuits. This can help to reduce the cost of installing and removing physical boards as well as place them in positions that wouldn’t normally be possible.

F1 also uses this technology to display information on the circuit and cars themselves, providing better insights to fans so that they can follow along more easily at home.

The technology is still in its infancy and is likely to change sport even more in the coming years, with many different options becoming available to broadcasters.