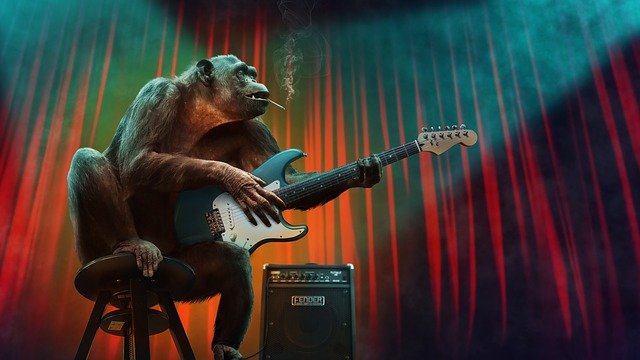 While country hasn’t ever faded from the US music scene, it’s fair to say that it doesn’t dominate the airwaves as it once did – or, at least, with the same trappings as it once did. However, an interesting statistical report emerged in mid-2020 that showed country as the only growing genre not aimed at kids.

It was shown by a Bloomberg report that streams increased by 127 million per week, with US residents listening to around 11.1 percent more country music since March 2020. Powered by the likes of Kenny Chesney and Sam Hunt, who rank in the outlet’s Pop Star Power Rankings, others like Luke Combs and Morgan Wallen saw their much earlier released albums climb into best-selling spots. What this signals is that country music, famed for having its heyday through to the 1980s, continues to evolve and achieve mass appeal as a result.

The origins of country music are traced back to the start of the 20th Century, with a plethora of influences forging what would become an iconic genre of US music. Particularly in the south of the country among working-class people, blends of Irish fiddle songs, tunes brought by neighboring European settlers, English ballads, and West African instruments (such as the banjo) helped to shape the first generation of country music. By the 1920s, commercial recordings of string-band music took place, cementing Fiddlin’ John Carson as the genre’s first hit-maker in 1923, per Britannica. At the time, incredibly sentimental was the direction of popular music, so early country music was able to stand out with its realistic but impersonal look at tragedies, often performed with much vigor.

One of the earliest, most significant influencers on the genre was the Great Depression, with peoples’ reactions to the crash labeled as the gravitational pull that forged stars of the genre. This continued through World War II, with migration across the US leading to country music naturally lending itself to the topics of lost loves, poverty, and lonely working-class folks. This resonated with audiences. The genre is also well-known for its ballads, from 1961’s I Fall to Pieces by Patsy Cline to 2008’s In Color by Jamey Johnson, with the two being in the Rolling Stone’s top 100 greatest country songs. Decades apart, these releases show that the ballad has always been a staple of country music, tracing back to its English influences; but the style of its delivery has certainly evolved.

Another key influencer, or point of interest, for country music was once gambling. This shouldn’t come as a surprise as the ‘western and cowboy’ genre, as it’s also known, was forged in the days of the Old West, in the mid-19th Century. Gambling and particularly card games were synonymous with the age that forged country music and have since been referenced in the Ranker best country songs on the topic. These include Kenny Rogers’ The Gambler in 1978, When You’re Hot, You’re Hot by Jerry Reed in 1971, and the 1989 release Ace In The Hole from George Strait. This influence has dropped off, though, with the changing state of gambling in the US. The kinds of Old West casino games have mostly given way to online libraries of thousands of games, most of which are now slots due to the popularity of these bright and colorful entries. Themes come from all angles, with games based on Irish luck, vampires, or even Greek gods. The Wild West still features, but as lighthearted graphics rather than any heavier trope. So, this familiar depiction of putting it all on the line, trying to best the table, and gambling has changed drastically, which has seen it fade from country’s reservoir of influences.

Continually changing with the times to appeal to the American masses

With very rural origins and a distinct tone, at least stereotypically thinking, it’s surprising how much country music has been able to evolve. That said, as its inception came as a result of an infusion of so many influences, and it has notably chopped and changed to suit peoples’ perceptions of the nation, it’s also clear to see how artists have found it to be a freeing and open genre. You only need to look at the people who Rob McNelley is credited as working with to see how many different areas a country musician can explore. One of the most famous recent periods for country music was the big fourth-generation split, with Willie Nelson – whose The Party’s Over is covered in Unusual Suspects – headlining outlaw country and Dolly Parton blending country into pop music. Of course, these two became two of the biggest names in the genre, putting country on top in distinctly different ways.

Now, the sound of country ranges from hip-hop pulls to mass pop stardom. NPR details the changing sound of the genre, describing how Taylor Swift essentially set the standard of what modern country can achieve especially as her music is popular across the world. As a personalized singer-songwriter, she established a new height for mainstream country aspirations, paving the way for the likes of Maren Morris and Sam Hunt. Hunt is noted as an artist who is a masterful synthesizer in his workings, borrowing from hip-hop, pop, and rap. Swift, despite being only 31-years-old, is already influencing other lines of music, as shown by the blues twist of her smash-hit song, Shake It Off.

It’s clear to see that the genre continues to be of appeal in the US within the entertainment industry because it can draw from the contemporary, with innovative artists continually expanding what country music can address.