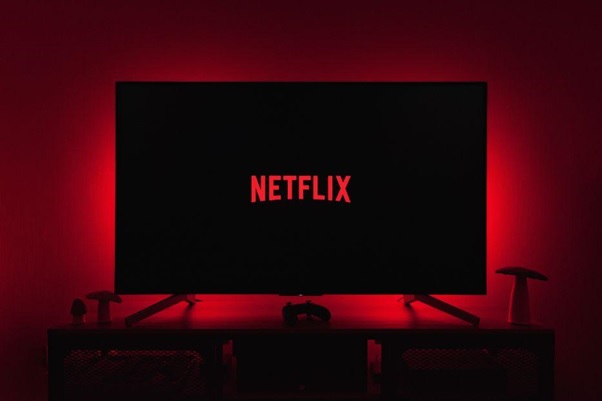 Since television has been around, we’ve seen just about everything you can think of. Reality, sitcoms, talk shows, you name it, it’s been on TV. Some series are stand-out stars, while others simply flopped even before they aired. There are also TV shows that are the best series of all time, such as HBO’s The Sopranos, Game of Thrones, Six Feet Under, Sex and the City, then others like Netflix’s Stranger Things and Squid Game. A lot of the show’s success was built from word of mouth, especially the series released before streaming services; nevertheless, we are in for some excellent content for the rest of 2022. Here are the series we can’t wait to see.

The supernatural in all its glory. The Sandman is a comic book character who is also known as Dream since he is a cosmic being who controls dreams. This new show is based on the 75 comic book collection where the Sandman is captured and held captive for 100 years, and his powers are harnessed by an evil human. Once Sandman escapes, he goes on a mission to regain his powers. Along the way, the other cosmic beings such as Lucifer Morningstar, Constantine, Corinthian, and more are living through their worlds. This show is special because each episode will be told from a unique perspective and world. Each cosmic being lives in its world, with its own powers and experiences, yet they know each other. What’s more, it will seem like you are watching a different movie in every single episode, yet they are related to each other, so they make complete sense.
First episode air date: 5 August 2022
Where to watch: Netflix

The Game of Thrones prequel/spin-off. Look, we know we are all still scarred by the horrendous final season of G.O.T, besides episode three, titled the Longest Night, the rest of season eight was utter garbage and completely ruined the series. Many fans have expressed concern about the prequel, saying that it might just end up disappointing them further, however, if the trailer is anything to go by, House of Dragon is going to serve us G.O.T realness in all its glory.

So, what’s it about? It chronicles the Targaryen civil war, which took place approximately 300 years before Game of Thrones. We will understand the dynamics of the battle for the Iron Throne and see King Viserys in all his might and glory – a name we’ve often heard in G.O.T. We will also gain even more insight into the relationship between dragons and Targaryens.
First episode air date: 21 August 2022
Where to watch: HBO Max

The Lord of the Rings: Rings of Power

“One Ring to rule them all, One Ring to find them, One Ring to bring them all and in the darkness bind them.” Another spin-off! This time LOTR steps up to the stage. The franchise is filled to the brim with fantastic characters, an epic storyline, a dangerous journey, and in the end, peace. It has also aged well over time. More fans are coming to the fold, and this is great. So what are the Rings of Power series about? Set thousands of years before The Hobbit and The Lord of the Rings, Rings of Power will tell the stories of kingdoms and how they worked together, as well as villains who would do anything to destroy peace.
First episode air date: 2 September 2022
Where to watch: Amazon Prime Video

Mike Flanagan has a way with mystery shows, and we love it. He gave us the soul-stirring The Haunting of Hill House, the soul-crushing The Haunting of Bly Manor (we still can’t get over that ending), and the uber-scary Midnight Mass. All three series are wonderful and, for the most part, extremely scary, so we expect The Midnight Club to be no different. So, what is this one about? Well, if you guessed that it’s going to be supernatural with loads of thrills, then you are right on the money. The Midnight Club follows a group of terminally ill young people who live together in a home and have a peculiar pastime. Every night around midnight, the group heads to a manor where they tell scary stories with the hopes of witnessing something supernatural.
First episode air date: 7 October 2022
Where to watch: Netflix