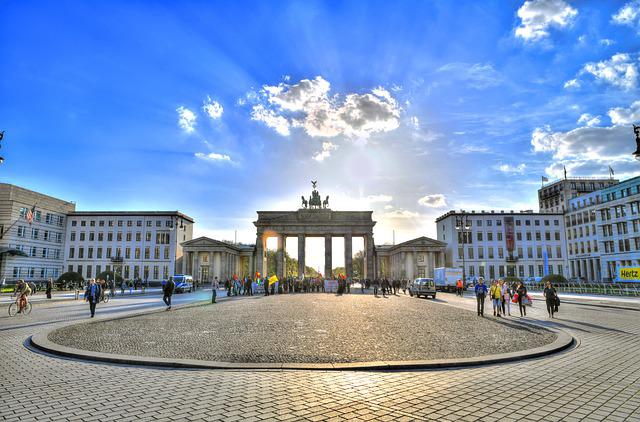 Germany has something for everyone, with a diverse range of breathtaking scenery. Many fascinating tourist places can be found in Germany, which is rich in culture, energetic population, and excellent beer. In this enormous European country, there is a wealth of art, natural beauty, and much older histories to be discovered. There’s something lovely to view at every turn, from the picturesque Rhine and Mosel river basins to the majestic Bavarian Alps, the amazing shorelines of Lake Constance, and the rough Baltic and North Sea shores.

There’s so many lovely sites to explore in Germany that it’s difficult to know where to begin. However, if you enjoy cobblestone streets, scenic towns and landscapes, beautiful bridges, and a plethora of castles, Germany is the place to visit. Deep woods, fairy-tale castles, picture-perfect cities, the most stunning Christmas Markets, and some really good beer abound in this land.

From a vibrant lively nightlife atmosphere to stunning green areas, Berlin certainly has something for everyone. The Brandenburg Gate, the Reichstag, and the Holocaust Memorial are among Berlin’s most recognised historic structures, attracting a large number of visitors. Furthermore, with dramatic and sobering attractions, Berlin pays respect to its more dark past. The Memorial to Europe’s Murdered Jews, the Berlin Wall Memorial, the East Side Gallery, and Checkpoint Charlie are all must-see historical sites. Berlin, on the other hand, isn’t just about history. Annual festivities such as the Long Night of the Museums, the Carnival of Cultures, and the glitzy Berlin Film Festival are also held in the city. The dynamic food scene, palpable history, and urban beauty of Germany’s capital city never fail to amaze and captivate, making it a must-see on any Germany Tour Package.

The city of Munich is home to beautiful parks, exquisite churches, and fascinating museums. Spend some time roaming through Munich’s charming neighbourhoods and at Marienplatz, the city’s principal plaza with shops and a popular Christmas market. Here, folklore and centuries-old traditions mix with shiny BMWs, designer stores, and high-powered companies. With many high-end opera houses and theatres, including the National Theater, this lively city offers one of Germany’s best cultural scenes. In the city centre, which is an appealing blend of contemporary and traditional architecture, historic churches, mediaeval fortifications, and royal palaces, as well as busy business areas and art galleries, abound. Regardless of the season, tourists may enjoy Munich’s beautiful beer gardens and beer halls.

Mainz is a magnificent old town situated on the gorgeous Rhine River, and all wine enthusiasts should make a point of visiting there while in Germany. Mainz is the nation’s wine capital, after all. The city also has a long cultural heritage and hosts a variety of globally known festivals, such as the Mainz Carnival. Visit Mainz’s old town, where you’ll find wine bars serving locally produced riesling and silvaner varietals. Then take a leisurely stroll around picturesque squares such as the Markt and the Kirschgarten to marvel at the stunning architecture. The town also offers spectacular scenery, including natural treasures and the stunning Rhine River, which encircles it. From the town to ancient castles, market squares, museums, and other red sandstone features, a trip to Mainz is a once-in-a-lifetime opportunity that should not be missed!

The Black Forest is named after the dark, dense forests that cover the valleys, slopes, and peaks of Germany’s southwest area. It is one of Germany’s most scenic and popular tourist attractions, with many natural beauties as well as charming towns and villages. Skiing and snowboarding are available during the winter months, and the country’s sunniest and warmest region is ideal for outdoor activities. There are also historic abbeys and monasteries, as well as scenic wineries, fairytale castles, and fashionable ski resorts. Enjoy the fresh air, ride the roller coasters to secluded lakes, eat a slice of the famous Black Forest cake, walk it off on a magnificent forest trail, and then retire to a heavy-lidded farmhouse for a great holiday!

Anyone who thinks Germany isn’t full of joys at all hours of the day or night hasn’t seen Hamburg. It was once a member of the Hanseatic League and is today Germany’s second-largest city, known for its nautical culture and vibrant nightlife. The city’s history, art, and heritage are all intertwined with the canals and rivers that run through it. By day, you can take a tour of its spectacular port, learn about its history in renovated quarters, and find stores offering items you didn’t know existed. By night, some of Europe’s top music clubs attract guests, and there are options for nearly every other taste. All in all, Hamburg is a place which shouldn’t be missed at any cost!