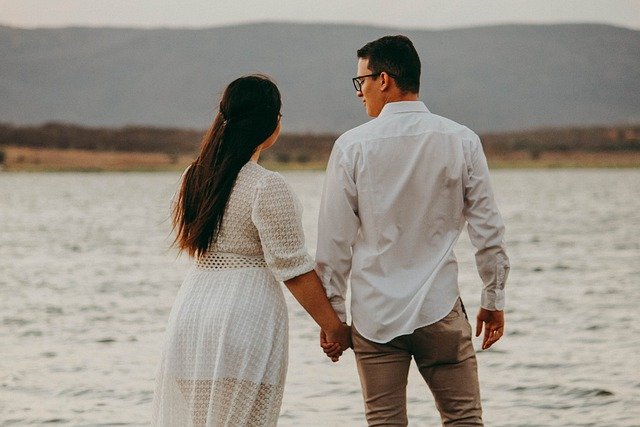 Once you’ve signed up to a dating platform, the chances are you could find it relatively straightforward to form a shortlist of prospective partners. If meeting someone is easy, the trickier part is cementing your relationship when you meet face-to-face. Given the current restrictions on bars and restaurants, ‘at home’ dates are proving extremely popular, and foremost amongst these is choosing TV shows to binge-watch. Here are five of the most recommended based on an internal poll that was conducted by dating specialists from beyondthecharter review service.

Like the phenomenally successful Breaking Bad, where an outwardly respectable individual was drawn into a murky criminal underworld, Ozark is in similar territory. Marty (Jason Bateman) and his wife Wendy (Laura Linney) are the middle-class Chicago couple who end up living in the Ozark area of rural Missouri, working as money launderers for a ruthless Mexican drug cartel. Featuring a fantastic supporting cast, including Tom Pelphrey as Wendy’s bipolar brother Ben, and Julia Garner as a local petty criminal who gets involved in Marty’s nefarious activities, this compelling series is perfect for your date night. The juxtaposition of a loving family, trapped in a downward spiral of mobster violence and small-town corruption, makes captivating viewing.

Created by Ryan Murphy and Brad Falchuk (famous for the high school musical Glee), this dark series is the polar opposite of kids bursting into song. There are nine seasons altogether, each in disparate settings, with many of the ensemble cast having recurring roles – Jessica Lange, Evan Peters, Sarah Paulson, Emma Roberts, Kathy Bates, and Angela Basset. Covering everything from voodoo to lunatic asylums, carnival freak shows to post-apocalyptic landscapes, you can binge on each series separately, relishing the blend of compelling storylines, camp characterization, and frequent stomach-churning gore.

This psychological thriller stars Gillian Anderson, who shot to fame in the X-Files, as a detective assigned to Belfast in Northern Ireland, on the trail of a ruthless serial killer, played by Jamie Dornan. Unlike the stereotypical murderes typically seen on screen, living a solitary existence, lurking in dimly-lit hovels, the twist here is that the mass-murderer is a family man living a double life. The other twist is that we learn the killer’s identity early on, making for an elaborate cat-and-mouse game as he continually eludes the authorities.

This riotous comedy is perfect for a binge-watch. Set in suburban Los Angeles, it follows the trials and tribulations of an extended family, frequently at odds and bickering, but always drawn together in the end. The actors are perfectly cast. Jay, re-married to Colombian bombshell Gloria, tries to assert being the family head against a variety of dynamics. His son Mitch has a husband, Cameron. His stepson Manny is refined, while his mother often mentions the darker side of Colombian life (like cartel kidnappings). His feisty daughter Claire is married to Phil, who spends his time attempting to impress his father-in-law, inevitably failing. Phil and Claire’s three children are Luke, an enthusiastic dimwit, Alex, academically everyone’s superior, and Haley, obsessed with social status rather than social studies. Everyone watching will empathize with aspects of each of these characters and the frequent slapstick they get involved in.

This British series is all about an anti-police corruption unit, AC-12, and their attempts to oust those officers who have succumbed to the dark side of association with murderous criminals. Set over five series, starring Adrian Dunbar, Martin Compston, and Vicky McClure as the unit’s core members, this makes for an enthralling binge. The fact so many characters have ambiguous motivations means you are always second-guessing each of the many twists and turns.