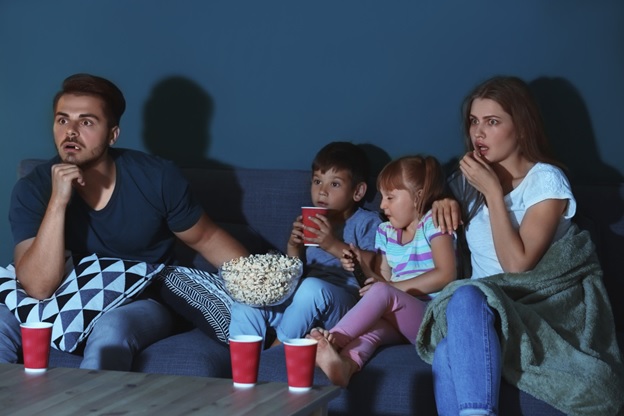 Are you tired of watching Frozen or the Marvel movies over and over? Are the words to every Disney song permanently etched into your brain?

If it’s time to switch things up, why not time travel back to the 1950s? Take your family on an adventure with some of the best old movies!

Keep reading to find our picks for the best family movies from the 1950s.

The Little Rascals is one of the best kid’s movies to share with your family. You might be familiar with the 1994 version and not even know that the original came out in the 50s.

If you’re familiar with the 50s version, you might not know that it started in the 20s as a series of short films. The shorts document the lives of poor neighborhood children and the adventures they embarked upon together. Who can forget the mischievous Buckwheat and Alfalfa’s slick center part and cowlick?

The 1950s version of The Little Rascals was a television show and not a movie. The TV show was based upon the comedy shorts from the earlier decades but is still worth a watch. We recommend following it up with the 1994 version to see which you like best.

Alice in Wonderland is an animated film by Walt Disney Productions. The film uses Lewis Caroll’s Alice’s Adventures in Wonderland and Through the Looking-Glass books as inspiration. The movie was met with disappointment upon release but has become more popular throughout the years.

The plot centers around Alice and follows her as she falls down a rabbit hole. In this rabbit hole is a magical world full of oddball characters like the Mad Hatter and Chesire Cat. Will Alice survive her confrontation with the nasty Queen of Hearts?

Lady and the Tramp

Is there another Disney scene as iconic as the spaghetti-sharing moment in Lady and the Tramp?

This animated classic stars Lady, a spoiled dog whose comfortable life is taken away when her owners have a child. Lady finds herself on the streets where she meets Tramp, a stray mutt who protects her. A romance begins to blossom between the two but can they stay together despite their differences?

20,000 Leagues Under the Sea is yet another Walt Disney Productions film. What can we say – Disney was dominating the film industry in the 50s.

The film is adapted from Jules Verne’s 1970 novel of the same name. It was a critical and commercial success winning two Academy Awards in 1955.

The film centers on a professor and his assistant who find themselves stuck in San Francisco. They are land-bound due to reports from fishermen of a giant sea monster attacking ships. What will the two find when they join an expedition to search for the monster?

The best family movies don’t have to have fancy CGI or special effects. Though your children may scoff at watching “old movies”, they might find themselves enjoying them after all.