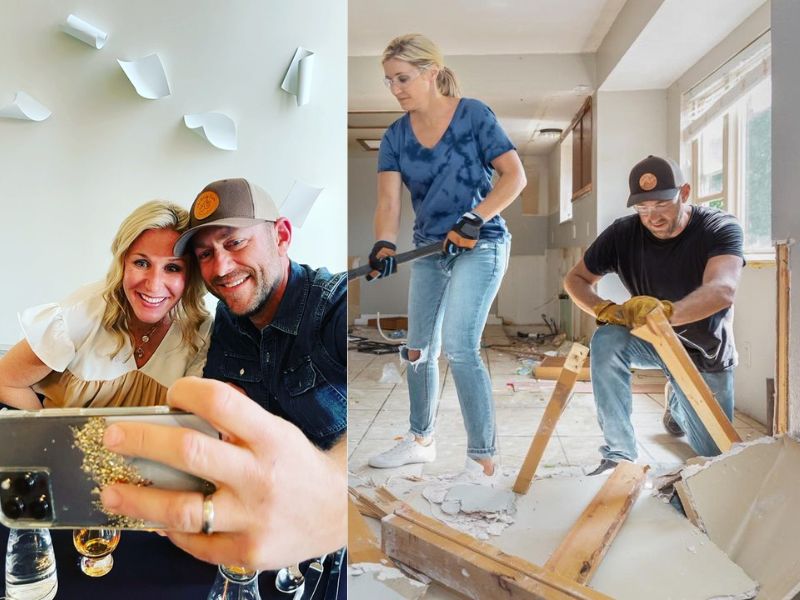 The work that Dave and Jenny Marrs, also known as “ace renovators,” have done to improve their home has received a great deal of praise. Fixer to Fabulous: Welcome Inn is the next series that the duo will be starring in after having previously been on Fixer to Fabulous for three seasons. The first episodes of the four-part series will air on Tuesdays at nine o’clock p.m. Eastern Standard Time.

The husband-and-wife duo behind Fixer to Fabulous: Welcome Inn turns 1880s rundown houses into luxury motels. After watching the substantial modifications that were put into the homes, each and every viewer will be able to rent one of the newly remodeled homes. In order to turn their goal become a reality, the Marrs will need the assistance of other restoration specialists since they are going to have to do a gut job, confront exceptional building barriers, and take “great financial risks.”

Discover the Dave and Jenny Marrs’s Net worth

According to the website networthandsalary.com, Dave and Jenny Marrs have an estimated combined wealth of between $2 and $5 million. The Fixer Upper team didn’t want to work in construction. Dave, on the other hand, was the one who had an innate gift for building things. Because he wanted to work at Walmart, he packed up his belongings and moved to Bentonville, which is located in Arkansas. Jenny joined him to start Marrs Developing.

The construction and interior design company that the couple established on their own is the primary contributor to their financial well-being. Fixer to Fabulous and its spin-off, Fixer to Fabulous: Welcome Inn, are two of the HGTV shows in which they have appeared. Additionally, Dave and Jenny Marrs will earn a significant amount of money due to their activities. HGTV claims that the couple has built more than 300 new homes in Arkansas throughout their life. Currently, the renovation of historic buildings in Northwest Arkansas is the principal focus of the Marrs Developing Company’s activities.

Lifestyles of Dave and Jenny Marrs

The Marrs family consists of Dave, Jenny, and their five children. The couple lives in a home originally constructed in 1906 but has since undergone extensive renovations. In addition, they own a small farm. They are a construction firm with its headquarters in Arkansas. Still, they run a blueberry plantation to contribute financially to the education of youngsters in Marondera, which is located in Zimbabwe.

In addition to this, they contribute to the preservation of families and the care of children who have been abandoned. When asked by HGTV what they hoped viewers would take away from their presence on the program, the duo said, “I hope people see the honesty.” Things aren’t always going to be perfect. Throughout this journey, we have often questioned whether or not we were taking on this responsibility because it was the best course of action. Fixer to Fabulous: Welcome Inn has episodes currently showing on HGTV and Discovery+.