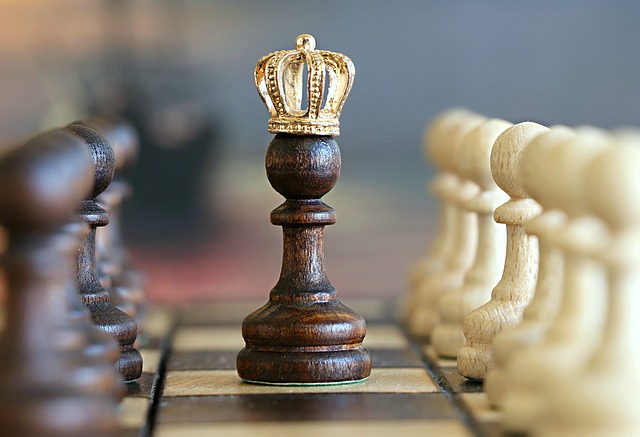 Would you believe me if I told you that you could maintain an alert, sharp mind even in your sunset years by playing some logic games? What if I told you that it’s a game you can learn at the click of your finger on your iPhone or Android phone?

Well, the tried and tested truth is that Sudoku, chess, scrabble, and other board games exercise different parts of your mind, tremendously improving your problem-solving skills, creativity, and mental stamina.

Sudoku is a challenging puzzle where gamers insert numbers one to nine in a cell grid consisting of nine squares subdivided into smaller square units. Every number appears once in every horizontal, vertical line, and square.

It is a puzzle that encourages a gamer to think logically about which box to place the numbers in respective boxes within the grid. Gamers who are not figure-friendly or mathematics-oriented fear not. As much as the game uses numbers, the figure has little to do with Math.

The gamers only need to arrange numbers one through nine in the square boxes without repeating a previous numeral in the section of nine columns, rows, and squares.

Sudoku is both challenging and fun. Nonetheless, it’s achievable with consistent practice. Here are the benefits associated with playing Sudoku.

Sudoku requires logical thinking. To solve the puzzle, the gamer needs to concentrate uninterruptedly. Any interruption may cause the player to break their chain of thought, forcing them to restart the analysis. The concentration learned in playing Sudoku transpires to other activities in life.

Sudoku requires a gamer’s uninterrupted concentration to fill each cell. While at it, the gamer will momentarily forget other issues, some of which were a source of stress and anxiety.

The gaming session may be enough to help the player be calmer and regain their sense of balance. It is common to find that the problem generated by is not as serious as it had previously appeared. Who would have thought a game may help you achieve a certain state of mindfulness.

Playing Sudoku boosts a player’s vitality. When the mind is unoccupied, it significantly dwells on negativity and infuses a person with a sense of unhappiness.

However, playing Sudoku helps you feel good about yourself and encourages optimism in all spheres of life. Not to mention the sense of accomplishment that comes with solving a logic puzzle or moving to a more challenging level.

Sudoku is a game that needs the gamer to think logically to complete each cell correctly. Therefore, a player needs many trials and errors before finding the ideal solution to the puzzle.

Stamina comes in handy in real-life issues that need to think of logical possibilities to solve everyday problems. Pushing through difficulties in the game gives the player a constant lesson, “stick with it, you will see the end result.”

A Sudoku’s first player’s experience is the improvement of thinking skills. Whereas the initial stages of a game are characterized by random, chaotic analysis of the rows and columns, the brain slowly begins to process the solutions logically.

The game’s subsequent levels help a player know the patterns and elements likely to bring quicker, smarter, and easier outcomes.

Sudoku has a hidden benefit in the way it helps one’s ability to analyze the relationship between tasks and subtask. The information required to fill each cell is analyzed by row, column, and group. The learner must learn which sub-task to handle first to solve the more significant task and progressively complete the entire grid.

In real life, one must learn how small matters or details of a project progressively compound to achieve the ultimate success.

Chess is a competitive grid game played by two players. Its setup is a board with a white square at the bottom-most right-hand side on either side of the two gamers. The queen must always be on the square whose color matches her. In a nutshell, it’s a game of strategy and intelligence.

A skilled chess player learns to anticipate their opponent’s move. To predict an opponent’s next move, a gamer must appreciate and adopt the opponent’s perspective and infer what their next move is likely to be.

Fluid intelligence refers to tackling new tasks and applying reasoning to find a solution. On the other hand, processing speed refers to understanding a task’s demands and effectively responding to problems

Flow state is the immensely rewarding stage from complete involvement in an activity.

Athletes, artists, and chess players often recount entering a kind of time warp, during which they were wholly focused on the task at hand, that everything around them seems to disappear.

A successful move is preceded by long silent contemplation sessions, during which a gamer considers their next move.

A player takes time to consider and anticipate their opponent’s move and attempts to interpret and predict every eventuality.

The brain’s right hemisphere is responsible for creativity. Therefore, exercising this part of the brain, with an intelligent, brainy puzzle-like chess, develops your creative side.

An ardent chess-player proves to be more creative and ingenious than one who does not play this mind-teasing game.

TO CAP IT ALL

Choosing between Chess and Sudoku is a matter of preference. Whichever you pick, you’ll need to think logically and strategically to prevail over your opponent as you enjoy your pastime activity.