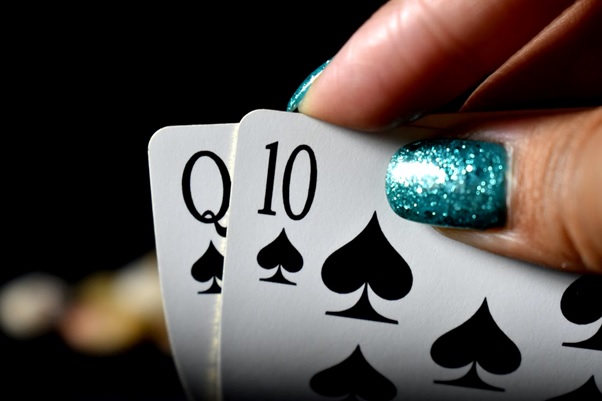 Poker and chess are both compelling games of strategy. Formal contests and relaxed competitions are popular throughout the world in a variety of styles.

To become an expert at either takes years of practice. Even when you think you have it cracked there is always another skilled competitor ready to play.

Which game is more challenging is always a topic for debate among players. There are plenty of reasons to support a claim for both as being the toughest to master.

But in the true spirit of competition, it’s time to investigate – poker vs chess – which is harder?

Both chess and poker can be termed as sports. The noun ‘sport’ presents both games in their true competitive context. It is clear that to get good at either sport requires patience and skill.

Some may look down on poker in a sporting context because of the gambling element. But to be clear, that is what it is, an element. Poker can be enjoyed without gambling and the skills required to do well will stay the same.

These skills are also required in chess. Focus and memory are essential for competitive chess. This is true at all distinctions of the game, from street chess played quickly outside, to more formal grandmaster competitions.

As with all sports, the more you play the better you will get. While practice might not make you perfect, it will always help in both sports.

When trying to distinguish which game is harder, we’re really asking which is more complex.

Complexity is defined as something that consists of many different and connected parts.

In mathematics, this definition is expanded to include quantities that have real and imagined parts.

We can take this to mean that the more complex game has more unexpected parts to it. Put simply, this is poker. There are more variables involved in the different types of poker.

The mere fact that there is a multitude of different regulations varying the precise rules of poker adds weight to this. Also, there are usually more than two players. Chess is a two-player game, so the number of different outcomes is limited.

There are also fewer possible moves that can be made in chess. In a poker game, there are a huge variety of decision to be taken at each stage of play.

Psychology is another important aspect in favour of poker being harder to master. As there are more possible moves and outcomes in poker, it is more unpredictable. In point of fact, it is the more unpredictable players that are the most successful.

Studying an opponent’s style of play and how they bet and what they bet on is a valuable skill to have. This often falls into looking into the psychology of a player and predicting how they are likely to play. For example, there are self-control strategies for gamers when playing on competitive platforms.

Glamour and Cool of the Bluff

Ok, so it isn’t strictly a question of complexity or not, but poker has a reputation for being a cool and glamourous sport. While some of this is down to the monetary prizes that can be accrued from poker, it’s not all about that. After all, chess competitions have financial rewards as well.

No, this is more about the allure of poker as an attractive game of skill and chance. How players interact with the bluffing of a ‘poker face’ takes on a cooler credential than the typically more studious approach in chess.

It is also a difficult thing to do well. Learning how to bluff well takes a long time to get right. And it can make all the difference. Players that know when and how to bluff and take risks will have a better chance of claiming the biggest prizes, there are many types of poker game strategies that can be on show.

Bluffing in a chess game on the other hand would just make the player and the game look pretty silly!

Both games require a good degree of balance.

For example, in a chess game, there will often be one player who starts off more aggressively. It is similar in poker, with players taking a more offensive or passive approach. Therefore, it’s important you know the best chess strategy before starting.

The most competitive contests in both sports are unlikely to be won by anyone playing too much in either way. Therefore, balance is key.

To be successful at either game takes a lot of focus. The benefits of this are abundant, with the mental force of concentrating on the game strengthening focus and mental processes.

Indeed, there are lots of reasons to support the opinion that playing poker is a positive force in all sorts of lifestyles.

It would be fair to say that most people believe that there isn’t any luck involved in chess. It is a purely skill-based game. However, the luck component could show itself in how the different skill levels of the players interact in the sport.

It all comes in the definitions. If you’re talking about pure luck, then chess does not have any. But there is chance.

For example, there is always the chance that your opponent will not make their best move, like any other strategy-based games on PC, this could be for any reason. The opponent might have lost concentration, or they might have made a poor decision. While it is not strictly luck, there is no way it could be predicted beyond a doubt.

The Mystery of Poker

It is fair to say that the mystery of the luck component is a big part of the appeal of poker to chess players.

It is also the key factor that makes the sport more difficult to master than chess. The random element that is ungovernable provides poker with the surprise factor. To become truly world-class, players must allow for it and negotiate with their skill and expertise.