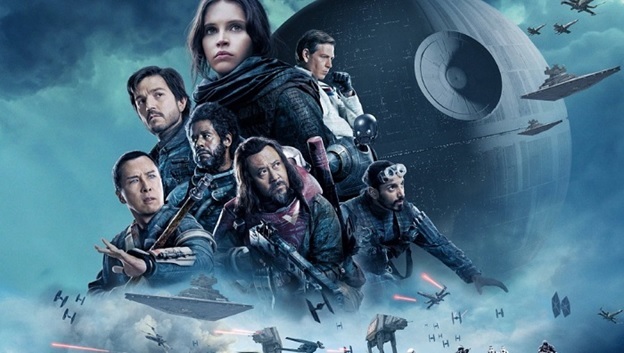 Rogue One is the eighth film in the series of Star War Movies and the first anthology film. It was expected to convince that there is still life beyond the “Episode” films and lay the groundwork for other anthology films to follow.

Regardless of how “The Last Jedi” will perform at Christmas, we’ll focus on why Rogue One is the best-received and most favorite Star Wars film to date.

The first glimpse at “The Last Jedi,” you may begin the countdown to Christmas with confidence. It suddenly appears that every new “Star Wars” film seems better than the previous one.

As a result of “The Force Awakens,” which reaffirmed our faith in the brand with a healthy mix of familiar and new characters, we were eagerly awaiting the next chapter in this expanding universe.

It was originally planned that “Rogue One: A Star Wars Story” would be the first film to be released outside the main series, focusing on a single mission. It is one of the facts that people loved it so much.

From Luke, Han, and Leia to Rey, Finn, and Poe, the “Star Wars” tale was never short of likable characters. As it turned out, “Rogue One” followed suit. Instead of familiar faces from prior films, we were presented to a completely new cast. All these characters were constructed just for this film, and they formed a strike squad that we all supported.

“Star Wars” characters Jyn Erso, Cassian, Bodhi, Chirrut Imwe and Baze Malbus, and K-2SO, who became everyone’s favorite sarcastic droid, all found their place alongside one of the most famous and recognizable characters in a galaxy far away in the new film.

Not a Love Story

As a result of their strong bond and chemistry on screen, it would be easy to pair Jyn Erso and Cassian Andor as a couple. “Rogue One,” on the other hand, was able to escape this pitfall.

In a galaxy at war, Jyn and Cassian have been out of their depth as characters. Both time and fate were against them. They could have shared a passionate kiss near the film’s end, but fortunately, that didn’t happen.

The movie might have easily found times when they were alone and could’ve fallen in love, but the movie exceptionally steered away from the subject. As a result, when it comes to our protagonists, we didn’t see them as adversaries but as friends who fought for one another to the finish.

“A long time ago in a galaxy…” is how every Star Wars film begins, and it’s fitting. But, instead of a chilling soundtrack to go with the “Star Wars” name, “Rogue One” started with a bang.

The film began with a flashback, a first in a Star Wars film. In this first episode, fans met Jyn Erso, her father Galen, and the man who destroyed their own family, Orson Krennic.

A sort of opening crawl, but one that revealed rather than told us what was going on. It shared past propelled the story and characters. Unlike the Star Wars film series, this one had time to develop a backstory.

When more planets were visited, their names were written on screen in the new format. As a result, “Rogue One” was able to differentiate itself from the rest of the series.

On Lah’mu, it was immediately clear that this new Star Wars film series was shot in a unique style. The bright visual had faded. Instead, shots were presented utilizing filters that emphasized specific colors like green grass and grey Imperial officer uniforms.

We were sold by “Rogue One’s” look after seeing the first teaser, thanks to director Gareth Edwards’ somber attitude and flair for the iconic. This film’s composition and color clashes set it different from the rest. Rogue One had its distinct visual aesthetic, which we appreciate.

Darth Vader returned to his classic chokehold move, which was favorably appreciated by the audience. But, despite the story’s end, we were offered more. More to come! Darth Vader emerged from the shadows, lightsaber in hand, on a mission to steal the Death Star schematics.

It was Vader at his most famous and greatest. From the Rebels’ perspective, he was always the movie villain. A vicious murdering machines. The introduction of Darth Vader in “Rogue One” gave “A New Hope” a much-needed lift. The ending of “Rogue One” changed our perception of the first “Star Wars” picture.