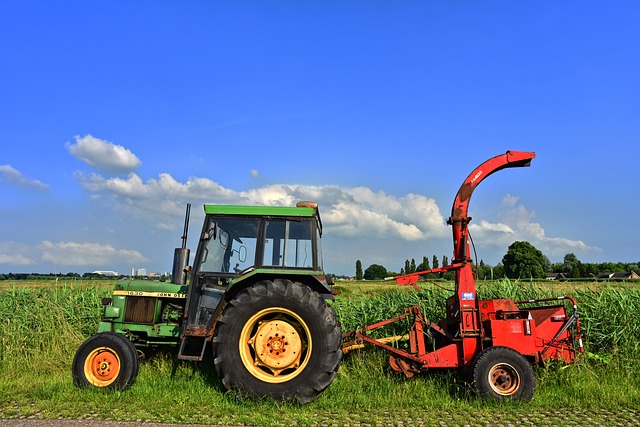 Tractor pulling is a motorsport that has been around for close to a century but started gaining in popularity during the 1950s. It has gone through many changes in its history as technology and advances in engines for power have changed the possibilities. And while the looks of the trucks haven’t changed in a while, the components under the hood are definitely not your grandpas’ engines.

Ask anyone who is involved in the sport, and they will tell you that it is one of the most difficult forms of motorsports to compete in. From the varying classes to the multiple different tractor body types, there is a wide array of rules and regulations that need to be followed. That’s not even mentioning that the main goal of tractor pulling is the most difficult challenge in the motorsports industry.

What Is Tractor Pulling?

Tractor pulling is a fairly simple concept. Teams design and modify tractors and semi-trucks to get the maximum pulling force possible and attempt to pull a weighted sled as far as their tractor will pull it. Even though some of these trucks can be twenty feet long and weigh close to ten tons, the competitions often come down to mere fractions of an inch to decide the victor.

The sled these tractors are pulling is weighted with more and more weight until it can no longer be pulled by anyone and a winner is declared. But, it also gets more difficult as each individual pull happens, thanks to a mechanism that shifts the weights forward on the pull sled, causing the front end to start digging in and create more traction under the sled.

There are almost as many different classes as there are types of tractors, and each class is both restrictive and wide-ranging. While the majority of these tractors look almost like they were ridden in off a farm, they are in no other way like a traditional tractor or semi. Some classes allow jet engines and multiple turbos, as long as they fit into the standard tractor frame.

From weight limitations to the size and engine restrictions, each class is different from the last. With classes for everything from lawnmower-style tractors to the largest semi-trucks in the world, simply finding your class and fitting the strict requirements can be a daunting task to undertake. Then, it is a matter of making sure your engine, body, and weight are within class guidelines before the qualifying inspections take place.

When An Inch Is Nearly A Mile

As mentioned earlier, these competitions are frequently decided on fractions of an inch. But, when we are talking fractions here, we are talking thousandths of an inch. The distances these pulls are decided by can be so minute they are almost indistinguishable to the naked eye. To put it into a bit better perspective, imagine a pull so close the difference was the width of a single human hair.

When you are measuring wins by such minuscule margins, every single ounce of power matters. You have to make sure that every calculation and part of your engine are perfectly tuned, or you could lose it all to a distance you cant see. With every other motorsport, tuning is extremely important, but it isn’t as often that those races are decided by such a small margin of distance.

Tractor Pulling Is Not The Best Paid Motorsport

While drivers for some motorsports can make some serious money, tractor pulling has never reached a level of popularity that can afford these drivers the same level of payout. That is why, for most, tractor pulling is more of a passion sport or a hobby they are active in. But, that doesn’t mean these guys don’t work just as hard or harder than most to keep the sport they love going.

Tractor pulls are loud, adrenaline-fueled spectacles of motorsports played out in a cloud of exhaust, and its fans simply cannot get enough. The power in the engines is apparent when they open up the throttle and the roar of the engine overpowers the roar from the stands.

Tractor pulling is definitely not a sport for everyone. In fact, I would say it isn’t even for most people. For those who love the sport, however, it can be a big part of their lives. Teams and drivers put their blood, sweat, and tears into these tractors in the hopes of claiming the title of ‘Champion’, and to them, there is nothing sweeter than victory.