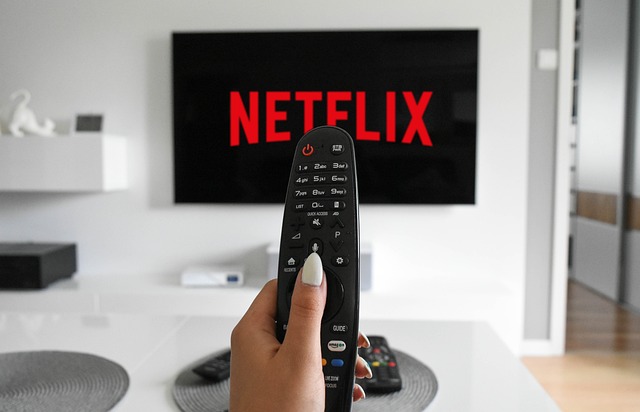 Overcast weather and freezing temperatures force many of us to stay at home, warm in your favorite bed, and watch a nice movie. In particular, for those who have previously watched all of the most popular movies on Netflix, we chose some interesting documentaries and TV shows. You can decide what to focus on for the next few hours among a discussion of death, a sentimental biography of photographer Elsa Dorfman, and the tale of an American who converted to extremist Islam.

Inspiring documentaries and series allow you to look at your life from a new angle. After all, life is much more complicated in its understanding and very different from the fictional stories, and alternative realities where people run away to forget a little about their problems.

Enjoy the watching documentaries and series from this list compiled by an expert content writer who also provides help write an essay to college students.

Despite the fact that everyone will eventually experience aging, mortality, and other related issues, many people want to avoid thinking about it. Director Kirsten Johnson is no exception. Dick, her father who was a former psychiatrist and is now 80 years old, is losing his memory of conversations, events, and even the fact that he is no longer a doctor. He awakens in the middle of the night, searching the hallway for his next patient who isn’t really there.

Kirsten makes an unusual decision to deal with her dread of dying: she offers that her father creates a documentary in which he passes away in a variety of bizarre ways. Dick gladly agrees. All of these plots—a car accident, a heart attack, a street incident—allow Kirsten and the audience to laugh and cry while considering the taboo issue of death, at least temporarily and in a secure setting.

In the 1980s, portrait photographer Elsa Dorfman attracted a lot of attention. She captured images of her family, famous beat poets, rock stars, and regular folks. Director Errol Morris talks about how Dorfman’s job changed and how she adjusted to the new digital norm in the documentary “Side B.” Elsa reveals the private tales that inspired her well-known photos.

The lives of students at Gallaudet University are the subject of a documentary series (the professors there specialize in educating the deaf and hard of hearing). Showing deaf persons as typical people with diverse stories is one of Deaf U’s objectives. Twenty-year-old men and women who are attempting to balance their professional, personal, and academic life are the series’ protagonists. Deaf and hard-of-hearing characters are frequently exclusively depicted from the perspective of their “limitations” in TV shows and movies; Deaf U gives their stories a more nuanced, richer perspective.

This short documentary tells the story of sumo wrestler Hiyori, who is forced to leave the ring at the age of 21 because Japanese national sports regulations forbid women to participate in professional competitions. Before the most significant fight of her life, Hiyori is haunted by thoughts of how unfair this situation is and her own sporting aspirations.

a documentary about Tig Notaro, one of the most well-known women in stand-up. She had a breast cancer diagnosis in 2012. Despite this, Tig made the decision to present a number of shows with a new program. In it, she spoke honestly and with humor about her treatment for cancer, trying to have a baby with her fiancée, and experiencing her mother’s death. A sad but extremely spiritually uplifting film that is ideal for gloomy evenings.

Paul Shanks committed suicide in 2007. He was left with a wife and seven children. “The Kingdom of Us” director Lucy Cohen has put together a detailed portrait of a family whose members, together and alone, try to survive trauma. They try to deal with their sadness and move on with their lives by recalling memories and telling personal stories. Although it is an extremely challenging subject, the viewer is given much hope by the ending.

In his film, Bassam Tariq tells the story of Mark (a pseudonym), a young Muslim American who converted to radical Islam and tries to explain the reasons why he did so. Mark’s life is described through a series of anonymous interviews with his friends who take the “loss” of the young man hard and with grief. The movie portrays the lives of Muslim teenagers in an anti-Islamic society very plainly and realistically.