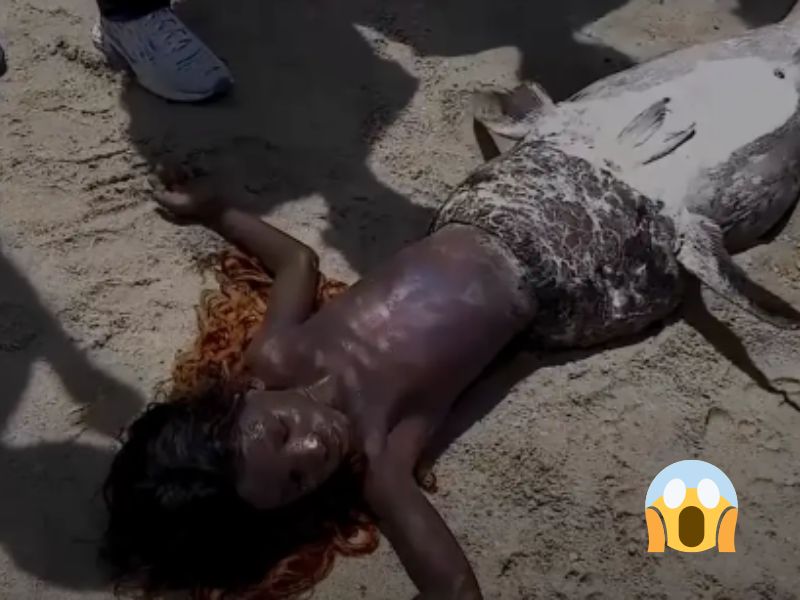 Mary Musyoka, a user on the popular video-sharing app TikTok, recently claimed that she had observed a “real mermaid” near the Kenyan seaside town of Ukunda. This was five days earlier. The video quickly went viral, but it also sparked heated disputes regarding whether or not the creature in the video is indeed a mermaid. Both Kenyan and South African officials have denied the validity of the information. The footage shows a large group of curious people on the beach gathered around the mysterious creature. At first, it seems like a big fish, but as the camera moves higher, a girl’s body emerges, her eyes closed, and her arms spread wide.

On April 7, a longer version of the clip was posted on YouTube, where it has now racked up 535,808 views; this version, however, attributes the finding to Muizenberg, South Africa. As it moans gently in pain, the audience can be seen pushing and probing the creature’s lower half. Since being posted, Musyoka’s TikTok has amassed 6.6 million views, with many viewers tagging fellow TikToker @skinfluencebymsk in the comments section. The latter also produced a movie on the frightening find, expanding on where the said creature was discovered.

As of this writing, her TikTok has been liked by 868,9k people and seen by 10.4 million. The source said that other residents of the Kenyan town had shared video footage of the beast on different online networking sites. To no one’s surprise, she also said that the government was attempting to keep quiet about the whole thing. An official from the South African Police Service (SAPS) in Muizenberg denied the existence of mermaid or fish-related bites on children, as reported by Snopes.

Netizens debate whether it’s a mermaid

Despite the enticing appearance of the material, comments on the videos and elsewhere on the internet have been varied. The most likely answer was offered in a comment by YouTube user Beauty Chinengo. According to them, I notice the eyes of the fish near the waist and moving. The youngster is battling to breathe as half of the body has been devoured. Others noted that the child seems to have fish gills on the side of her neck, despite the absence of webbed fingers and gills and the silliness of the nearly movie-like ombre hue of the girl’s hair.

A second YouTuber, identified as Jessica Livengood, also noted the connection between the fish and the human body, commenting, “I’m astonished at how many people assume this is genuine!” A gap is visible around the midsection. Everything would fit together perfectly if it were genuine. As another commenter pointed out, the fins are moving in a synchronised manner. This sounds more like a puppet show than a natural response. Given these concerns, it’s reasonable to conclude that the creature is not a real merperson.