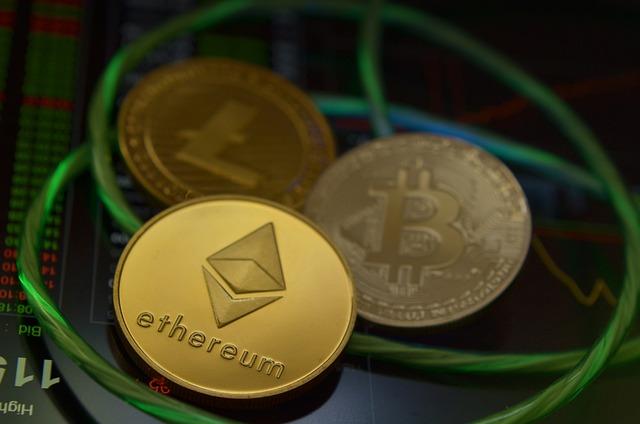 Many who have heard about smart contracts are far from understanding their capabilities. Indeed, the topic of SCs is treated superficially, limited to general words. Even when it comes to blockchain platforms operating with smart contracts, not all of them can boast detailed descriptions of technical issues. One of the brightest examples of smart contract crypto platforms is DecimalChain, which provides its users with a wide range of blockchain services including those with smart contracts. On the contrary, it is almost impossible for an uninitiated person to gain insight into technical documentation. This article is an attempt to describe what a smart contract is in simple words, and yet in sufficient detail, as well as to acquaint the reader with its main characteristics, which largely determine the scope of SCs use.

As for the code, it is designed to automatically perform the actions prescribed by its algorithm, depending on external conditions. Since any smart contract blockchain is first of all just a blockchain, this means that it is not possible to change it – these are the features of decentralized networks. You can’t delete it either, it will work as long as the blockchain itself physically exists.

Any code, including those implementing smart contracts, is written in a programming language. In this case, it can be a specialized language (Solidity for the Ethereum platform) or a general one, such as C++ or JavaScript. The logic of a smart contract does not differ from the logic of an ordinary computer program, based on if-else constructs. Of course, for complex contracts, the program will also be complicated. Considering that errors in the code after the registration of a smart contract in the blockchain can no longer be corrected, the logic of processing the conditions of SCs must be perfect. Therefore, its comprehensive testing is as important and responsible a task as the actual development.

After testing, the smart contract is placed in the blockchain by launching the corresponding transaction, and it receives its key address, by which users will access it. In the latter case, the SC begins to be executed, following its own logic. It can be relatively simple, as is the case with the transfer of cryptocurrencies, or complex if we are talking about business applications, for example, in the field of logistics. In any case, a cryptocurrency smart contract must take data from somewhere that is needed to verify the terms of the contract. Some of them SCs receive from the user (for example, how many coins he has in his wallet), but most of them are from the Internet. This is done by the so-called “oracles” – routines specially written to search, collect and deliver the necessary data, and all this happens automatically. Often – on a regular basis, in some cases – on demand.

Depending on the fulfillment of the conditions, the corresponding action is initiated, for example, the launch of a financial transaction or another smart contract. The code of many smart contract blockchains provides for the punishment of those participants in the transaction who have not fulfilled the terms of the contract. This punishment can be different: from monetary to putting the user on the “black” list as unreliable.

In any case, the smart contract works without human intervention. This is an almost autonomous mechanism.  In case of controversial situations, it makes no sense to appeal to external authorities, even in those countries where the use of blockchain and smart contracts is legalized. All these points should be described in the SC itself and each of the participants has the opportunity to study them before using. This, by the way, significantly reduces the cost of performing operations provided for by a smart contract blockchain, since the services of lawyers and arbitrations of different levels are not cheap. So, these are some technical details that should be found out by those who ask the question “What is a smart contract?”

Let’s consider the main characteristics of SCs, which ultimately determine their functionality:

– distributed. A smart contract is recorded on the blockchain in the form of a transaction. Therefore, it is replicated to all nodes of the network without exception, just like the rest of the transactions. This guarantees its immutability: attempts to change the code or the terms of the smart contract made by an attacker will not be approved, since this SC will not match those copies that are stored on the other nodes.;

– predetermined. Smart contract, no matter if it is a smart contract crypto transaction or the field of its application is far from being related to crypto, is determined by the logic of the code: the smart contract will perform only those actions that are programmed in it. This also applies to checking the terms of compliance with the contract. In other words, if the source data matches, the end result will always be the same;

– autonomy. If a business task has a clear logic, it can be automated using a cryptographic smart contract. If the SC is not activated by users, it is simply stored on the blockchain in a passive state, doing nothing. And it is stored for as long as the blockchain exists;

– immutability: as soon as a smart contract enters the blockchain, it becomes part of it in all nodes of the network, and it is no longer possible to change its logic. If there are errors in it, then the only way to solve the problem is to delete the SC. But this is possible only on those platforms where such an action is provided at the software level, and at the same time the developer has provided for the possibility of removal, regardless of whether this very SC is implemented in Financial Technology or in some Legal systems;

– customizability. Before launching, smart contracts are thoroughly tested (on test or local blockchains), which allows you to identify problems and eliminate them by editing the appropriate part of the code. For applications with complex logic (dApps), this is a very important property;

– the level of trust. To verify the correctness of the fulfillment of the terms of the agreement, the participation of a third party is not required: the smart contract performs everything independently, guided by clear and unambiguous criteria. Smart Contract logic is transparent, so if you agree with it, then there should be no complaints about the results of the execution;

– transparency. Yes, storing a smart contract in the blockchain means that its code is available to all network users, regardless of whether they plan to use it or not. This property correlates with the previous one.

The presence of the last word in the term “smart contract” does not accurately reflect its essence. In fact, the scope of SC use is so extensive that analogies with classical text conventions do not look quite appropriate. Many smart contracts do not have parts that could be called analogous to a text contract. In such cases, the program code simply implements the functions that are embedded in the algorithm. And such a contract will be “smart” only in the paradigm of executable code, but of course, we are not talking about any “intelligence” here.

So, we have already figured out what smart contracts are and how they function. But what are the possible areas of their application?

The developers claim that almost any: if there is a task that can be formalized, that is, to build a flowchart of the algorithm, then it will also be possible to implement it in the program code.

Yes, the features of the structure and properties of the blockchain can create difficulties in terms of the development and deployment of SC. But modern platforms provide programmers with good tools to solve them. So, in the first and most popular platform for smart contracts, Ethereum, they are created, hosted and executed on an EMV virtual machine. If the Ethereum network itself can be imagined as a large, large distributed computer, then EMV can be considered as an operating system that performs all the auxiliary work for programmers and users.

The improvement of blockchain platforms, the emergence of new tools for developers will contribute to the further development of smart contracts. It is expected that in the medium term, smart contracts will be massively used not only in commerce, but also in the manufacturing sector, at the level of the “Internet of things”, etc. But it is possible that a real revolution related to smart contracts will occur in the areas we could hardly expect.