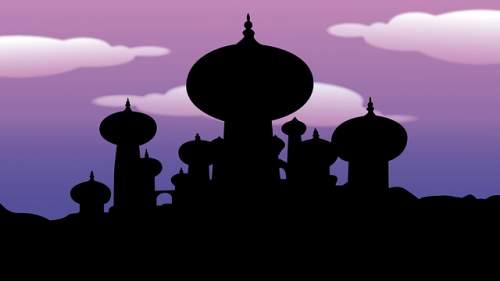 Walt Disney is a little new to the streaming market, but it has caught up on the entertainment giant Netflix, fairly fast. As of now, it has 86.8 million subscriptions for its Disney+ flagship subscription which was launched last year in November. There were 10 million sign-ups on the day of launch which showed that the platform has a bright future ahead. In the beginning, the company thought that it would take around 5 years to gain around 80 million subscribers! Shockingly it’s gained that number in just one year!

At its investor event, the media giant revealed its plans to have more than at least 200 million subscribers by the last quarter of 2024, this is when it will start making profits from the massive investments it has made for its new streaming platform. The company expects that altogether counting in its other streaming projects that include Hulu and ESPN+ the number of subscribers will reach around over 300 million users worldwide.

Wall Street analysts expect the global user base of Netflix to exceed 300 million by the year 2024, according to consensus forecasts provided by FactSet. The event also reminded the attendees of its plans for Disney Plus which include the onboarding of several other streaming providers like the new Disney, Star Wars, Marvel, Pixar, National Geographic, Hulu, FX, etc.

The presentation displayed the true strength of Disney, which has supplied almost $100 billion worth of projects in the past one and a half-decade. There will be plenty of new shows by Disney, Pixar, Star Wars, and Marvel.

The theatre-premiere films are Disney+ specials and its different teams will produce a series of new shows. Last year, Disney+ released the concept of a streaming service. Disney+ constantly brings up the content that the public has already previously proved to enjoy.

Disney+ will bring in a new kind of ‘streaming service’ for international audiences, according to Verge. The new service will be called Star,  it will solve the problem of scarcity of titles that adults would like to watch, this too will support the service. However, it is likely to be launched for the subscribers residing in the U.S only. So if you’re living in the States you’re in luck!

Eventually, the streaming service will be able to present a new Star Wars & Marvel show every week, which is a huge boost against its rivals and good news for its subscribers. But it’s not like it’ll capture the entire industry, different streaming platforms have their own unique edge, so it’s not like Netflix will die out suddenly. Furthermore, Disney plans to increase its subscription cost by one dollar per month, for the exclusive content its making for its subscribers. This accounts for around $9 billion by 2024 for new content production.

While the other media assets that Disney owns amount to more than 147 million combined viewers, Disney finally released, with its case, the edition of its Disney Plus, promoted by managers long overdue. With just a raise of one dollar, Disney aims to create almost endless content for Marvel and Star Wars.

As observed by ScreenBinge, Disney+ went low on new content from the early months of this year till  October 2020 while Mandalorians first season finished and the sequel started.

However, there were some exceptions- like a  new Star Wars: Clone season, Hamilton’s premier, Mulan (pay to view), but Disney Plus mostly worked on the MCU.

Although Disney Plus is a video streaming company, at the investor event gathering, the company made it clear that it has not shut the doors for the release of films in cinemas.

It plans to produce high quality, high budget Star Wars, Marvel, Pixar and Disney games in the coming year, and so on. Furthermore, it intends to produce multiple movies and shows from its Disney+ blockbuster projects, including a film named “Andor”.

It also comes from its Marvel universe of different series, while the group owns the old Twentieth Century Fox and networks such as FX that offer plenty of options to audiences.

Disney+ is going to release around a hundred shows and movies for Marvel and Star Wars shows each year and that will obviously cost a lot.

However, investors have recently publicly provided massive funds to the company, pumping its stock price by 24%, this is also due to Disney’s announcement about a management reorganization to concentrate more on streaming in mid-October.

On the other hand, analysts in the industry are still confused about what Disney’s strategy will be with Hulu. I believe Disney will not invest massively in Hulu until it pays Comcast for the company’s complete ownership. Since heavier investments take place after the payment and Disney earns full benefit, why make the payments greater than it needs? In other words, if Disney, which is still under development, is concerned with prioritizing Hulu’s acquisition.

However, as per the investors’ event scenario, the significant potential that Disney has with its streaming platform Disney Plus is completely apparent.