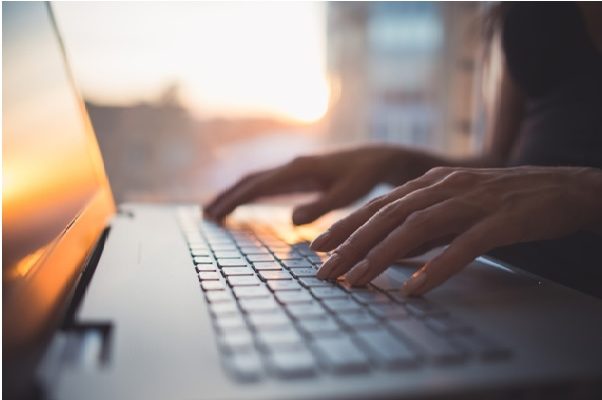 A computer, whether it’s a laptop or a desktop, is a major investment. It’s likely something you’ll have for several years, but what kind should you get. There are so many types of computers from so many manufacturers that it can be difficult deciding what to choose.

We’ll look at two of the most popular brands and determine which one is the best overall. They’re both some of the best in the business, but only a direct comparison can show you which is the winner. This guide gives you all the information you need to make an educated decision on Lenovo vs. HP computers.

In the computer world, there are countless computer manufacturers and most of them aren’t worth the money. Lenovo and HP are two of the biggest and most recognizable, but they are also quite different in how they create and develop their laptops and desktops.

Before we begin this guide, you need to understand that price isn’t always the best determiner for quality. Both companies have less expensive and more expensive computers, so when we consider pricing, we’re talking about pricing in general and not specifics.

Both companies have been around for a long time and they aren’t going away anytime soon. They keep creating new and impressive laptops and desktops year after year.

HP Vs. Lenovo on the Inside

First, we’ll take a look at the various internal components of each computer company. HP has a wide selection of computers with various processing speeds at different costs. HP mid-tier computers often come with 1.8 gigahertz processors, but you can get better processors for higher prices.

They have tended to choose Intel processors and no matter if you’re using the computer for gaming or just word processing, there is a model that fits your needs. Many models incorporate NVIDIA graphics cards or Radeon from AMD.

Lenovo is known for having amazing internal components in their machines. Even mid-range computers tend to have quality Intel processors and high definition screens on their laptops for better quality. Much like HP, the more expensive the better the quality, with Lenovo using NVIDIA graphics cards.

What makes Lenovo stand out is even less expensive models of their computers and laptops have better than average graphics. When it comes to overall internal components such as CPU, motherboards, graphics cards, and more, Lenovo is the clear winner over HP.

How Do They Compare in Design?

Lenovo spent a lot of time and money on developing an ergonomic and portable laptops. Their Thinkpads are lightweight and yet pack a powerful processing punch. They’re small and easily transported, which makes them great for students and business professionals.

The company also makes their computers durable with a long battery life. When you use a laptop and take it everywhere, it tends to take a beating, but Lenovo laptops bounce back and can last hours on a single charge.

HP is no slouch when it comes to design either, but they can’t quite live up to Lenovo’s potential. HP is the granddaddy of computer companies, so they’ve had a lot of time to perfect their design. Sadly, they don’t have much design versatility.

If you get an HP computer, it’s going to look and feel like almost every other model out there. There’s nothing that stands out. They’re just one of many, unlike Lenovo which stands out.

They have an edge with 2-in-1 laptops because of their small screen, which is super portable and has a great battery life, but it lacks the power of Lenovo’s Thinkpads.

There are many people out there who use computers for different reasons. Some people like to use them for business, personal, gaming, and student use. Each group has different needs, so how do these two companies stack up when it comes to variety.

HP has many different models and price ranges that fit with business, gaming, and more. They even have Chromebooks, which are popular with schools, desktops, 2-in-1s, and many more. Where HP really shines is its business categories. They lead in this niche because of not only the quality of the computers but also because they’ve heavily marketed to the commercial industry.

Despite HP’s variety, it still can’t keep up with Lenovo. They have many varieties similar to HP, but the models they have also perform better than their HP counterparts. For example, HP has 2-in1 laptops, but Lenovo has several different models and devices with different specifications for different users.

Lenovo ended up developing a wider customer base because of this. You can find lots of Black Friday deals for computers on both HP and Lenovo.

General Pricing for HP and Lenovo

Price is always a big factor when getting a computer and both companies have low and high-end laptops and desktop computers. If you’re looking for the bare necessities, then you can get a Lenovo for as little as $140. It’s not powerful, but if all you need is the basics, then it will fit the bill.

If you’re looking for more power, then you can find midrange models in the $400 range, but high-end gaming laptops and computers can cost you more than $2,500.

Finding a computer within your budget can be difficult, but with so many varieties available, Lenovo definitely has the edge over HP.

HP is geared more to mid-level computers and laptops. You’ll find a few for $200, but the vast majority are higher priced. Also, the specs for the computers aren’t always worth the price you pay. HP lagged behind others when comparing prices to the computing power.

Their high-end gaming laptops and computers with more impressive features can cost over $2,000, but you’ll likely be able to find comparable for less money.

What If You Have Questions?

Things don’t always go according to plan when you buy a computer, and you may have questions or technical support needs. HP’s support is known to be lacking in several areas.

If you want to talk to someone on the phone, expect to wait a long time and they aren’t known to be helpful. The company tends to want support online and through social media rather than through the phone.

Once again, Lenovo wins over HP in the support category. The company has great phone support, online forums, chats, and frequently asked questions. Their customer support teams are known to be helpful and always available.

Why is support important when choosing a computer? Unless you’re a computer expert, you’ll likely need help with something down the road. It could be a question about an update or problem with the keyboard or computer screen.

You call support and want to talk with someone that can help with your questions, so a company needs to have a responsive support them to help customers and Lenovo has the best.

How Are the Companies Innovators?

The key to success in the computer industry is to keep moving forward and developing new technologies that people need. Lenovo has long been an innovator when it comes to their gaming laptops and were the first to have HDR displays on their computers.

HP has had quite a leap in innovation over the last few years. There has been significant improvement in gaming laptops and 2-in-1 computers. They’ve made their 2-in-1 computers ideal for business and student applications and transformed their gaming computers into powerhouses.

Which Is the Best?

Alright, we’ve taken a look at all the aspects of HP and Lenovo, so which one is the best. It’s clear both companies create high-quality computers for all needs, but Lenovo wins out overall.

It’s not because HP is bad, but Lenovo simply outshines them in almost all categories. They match evenly with innovation and their gaming computers, but it’s clear Lenovo put more time and effort into creating computers for a wide customer base.

If you’re interested in business computers, then HP is the leader, but if you want something like general computer use or student needs, then Lenovo stands out. HP has great graphics for their monitors and screens, but Lenovo have had great screen images longer and are better.

HP may have been around longer, but Lenovo created a name for itself for great products, good prices, and developing computers for all types of people.

Choose the One That Best for You

When it comes to Lenovo vs. HP, Lenovo is the clear winner overall, but that doesn’t mean you should discount HP. Lenovo has the best affordable laptops and great models in all price ranges. It’s important to take your time when choosing a computer and look at many brands and companies before deciding.

It’s a costly investment, so choose the brand that fits your need best. If you want to learn more about HP and Lenovo laptops, then please explore our site. 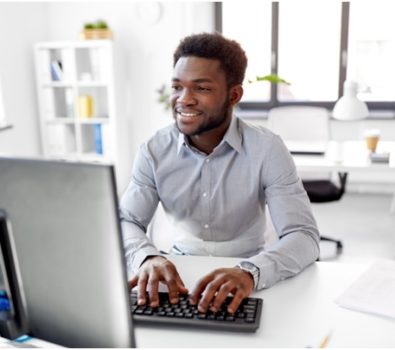