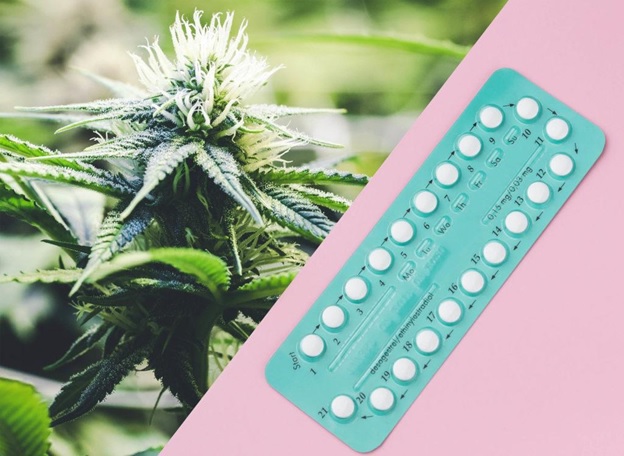 Cannabis is popular in many states because of its legalization. As more states and countries are loosening their laws against cannabis, many people can easily access it for recreation or medical use. It is making great strides in the medical sector to manage chronic conditions like cancer, epilepsy, arthritis, and other illnesses. Research also reveals that women with severe premenstrual dysphoric disorder and menstrual cramps turn to cannabis to cope with the pain and depressive phase.

However, despite its many health benefits, cannabis also has side effects. This article explores the ways regular weed use can affect the menstrual cycle.

There have been numerous research studies on the connection between cannabis and the female reproductive system for years. The endocannabinoid system has a component called anandamide which binds cannabinoid receptors. These are the receptors that cannabis THC affects. During ovulation, the anandamide levels are very high. Thus, the presence of THC compounds suppresses a critical luteinizing hormone required during ovulation.

As a frequent cannabis user, you will have menstrual cycles without ovulation. Otherwise, you might encounter delayed ovulation due to a longer follicular phase. Over time, cannabis can reduce fertility because of abnormal ovulatory cycles.

Painful cramps are uncomfortable and depressive because you might not normally carry out your daily duties and work. Many cultures have historically used herbal marijuana to treat menstrual cramps. Even the British Queen Victoria used cannabis to relieve menstrual cramps prescribed by a famous cannabis doctor called William Shaughnessy.

In modern medicine, women still use CBD products and regular cannabis, such as Cherry Pie weed, to ease their painful menstrual cramps. However, no clinical studies prove its effectiveness, and experts haven’t fully defined the core processes occurring in the woman’s organism during weed use.

The premenstrual phase, also known as the luteal phase, causes hormone fluctuations in the female organism, which brings many uncomfortable symptoms. It could be mood swings, aches, exhaustion, and bloating; the symptoms vary among women. Studies reveal that the progesterone hormone increases significantly during this phase, and the estrogen gets used up. When the symptoms become unbearable and severe, the women suffer from PMS – a premenstrual syndrome.

Many women around the world relieve menstrual pain by using cannabis products. The relaxing effects of weed are most sought after during such painful episodes.

However, every female CBD user should keep in mind that cannabis use impacts the menstrual cycle. Women might have an abnormal menstrual cycle because cannabis suppresses progesterone levels, which are supposed to be high during the luteal phase. Cannabis also changes prolactin and cortisol hormones in the female body.

The use of cannabis for an extended period can result in failed embryo implantation in the uterus. When you smoke, the hormones start fluctuating. During the implantation period, the anandamide levels should be low, while cannabis causes anandamide to increase drastically.

Thus, cannabis might affect the embryo to implant in the uterus successfully. That is why medical experts warn women who want to get pregnant to avoid cannabis use.

According to research, women who smoke cigarettes and marijuana have a high chance of experiencing a short luteal phase (premenstrual phase). This phase usually occurs after ovulation and before your menstruation starts. It is normally 14 days unless your ovicells get fertilized. Thus, marijuana smokers get only around five days of the luteal phase compared to non-users.

Medical practitioners further claim that marijuana components affect the menstrual cycle, as mentioned above. That is why the drug lessens the premenstrual phase significantly.

Smoking cannabis can also cause ectopic pregnancies. This pregnancy type occurs when an embryo doesn’t implant in the uterus and embeds in one of the fallopian tubes. It is a life-threatening condition that usually happens between four to twelve weeks of gestation. Therefore, female cannabis users should moderate their weed use or refrain from smoking altogether during their pregnancy planning period.

Cannabis is well-known for its analgesic properties. It is used as a treatment for chronic illnesses to manage pain. The CBD derived from the hemp plant is responsible for reducing inflammation and easing pain in affected body areas. Thus, women can use cannabis to ease painful cramps and maintain a stable and healthy life.

Still, marijuana legalization discussions are still controversial in many countries. Despite the many health and wellness benefits of weed, many people use weed irresponsibly and pose their reproductive health at risk. When it comes to menstrual cycles, further research needs to be carried out to ascertain the impact of cannabis on fertility and general health.

Therefore, it is advisable to use cannabis with caution and moderation. If you’re a female weed user, apply modern ovulation tools to check how cannabis affects your hormone levels. You can track your cycle by taking notes of the flow and symptoms. If you notice drastic changes, stay away from the drug for a few months and consult your doctor.