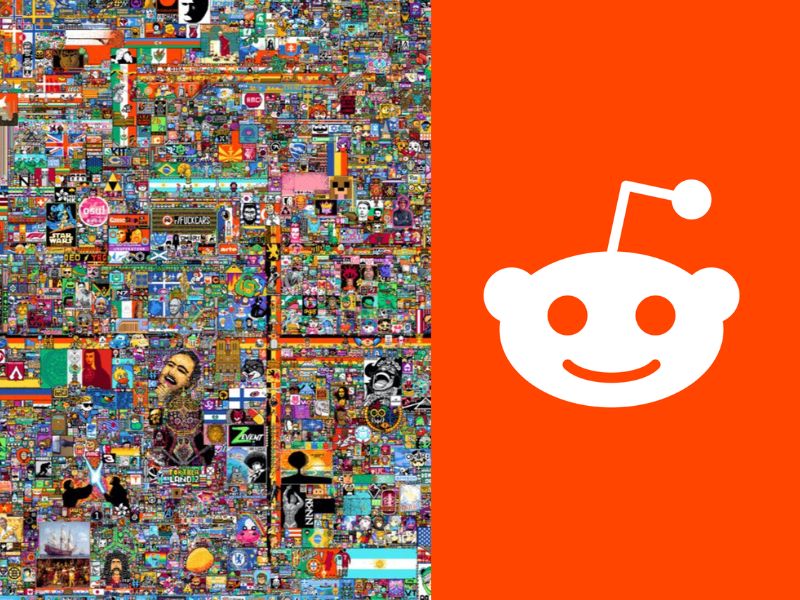 Redditors have been working away hard for the last five days, sweating while arranging individual pixels on a white background. R/Place, a subreddit founded by Josh Wardle, served as the game’s host forum. That’s right, the brains behind the popular online game Wordle. Participants are tasked with creating a visual representation, which they will hopefully be able to hold onto until the very end. Thousands of people gather to complete the enormous painting before it begins to fade away.

What Exactly Is This R/Place?

The initial iteration of R/Place was released into the wild in 2017. It served as a doormat for the next five years until its resurrection in 2022. As word spread, the game or puzzle quickly rose to prominence. Authenticated users filled a white canvas with colourful pixels to create a picture. Users may put a single pixel at a time by touching a tile once every five minutes. Artists must collaborate to produce large works due to time restrictions. Nearly 16 million dots were put on the digital canvas over 72 hours, endeavouring a huge success.

The group agreed to try it again in 2022, and they started it on April 1st to see what kind of results they would get. This year’s effort was even larger than last, with more than four times as many dots planted as the previous year. From April 1-5, almost 6 million users put 72 million dots, or 2.5 million every hour. The event’s purpose was to have a good time by slapping a bunch of different styles of art and online subculture onto a single sheet of paper.

The Million Dollar Homepage initiative is said to have inspired this concept. Alex Tew, a 21-year-old entrepreneur, started the initiative in 2005 to help pay for his studies. Tew intended to make $1 million by selling one million ad spaces on the internet. You may see for yourself how successful the project was here. Unlike Million Dollar Homepage, r/Place evolves as users add dots every 5 minutes. Additionally, it costs nothing to use.

Works of art that trended heavily on r/Place

The canvas grew on days 2 and 3. As the first few seconds of the game passed, a huge Ukrainian flag and a huge marijuana leaf appeared on the canvas. All flags, including those representing the LGBTQ+ community, were pasted onto the board. Reddit’s transgender community painted a huge trans flag on the wall. Dedicated movie fanatics spend hours making original artwork for a variety of properties. It included Star Wars and One Piece posters in the middle.

Once or twice the “void,” a black blob, emerged on the painting, but it vanished quickly each time. A purple haze surrounded the canvas for a while after the first growth and dissipated. After the third addition, the canvas was covered with a huge German flag. Many groups defended their art until the final day, including the Star Wars poster, a cartoon penguin picture, and many more posters. In the final stages, players could only paint with white dots, deleting the whole artwork and starting again.