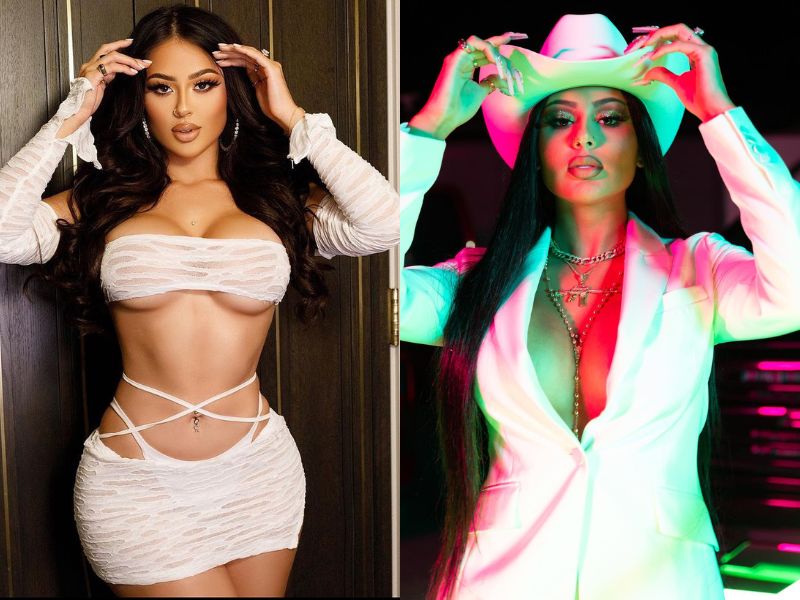 Due to the release of Jenny 69’s newest song, “La 69,” she has once again become the most sought-after lady on the Internet. Sadly, it seems that Twitter cannot bring itself to endure her music, and those that did so had nasty things to say about it. On various social media sites, Jenny 69 has a following of millions and millions of people. On the other hand, it would seem that the lyrics of her song are bringing her fame into shame since they echo in the ears of everyone who hears it, but not for the reasons that should be resonating in those ears.

Although the video has been met with a more significant number of dislikes than it has been met with loves, it has gathered more than 2.8 million views on YouTube. After the music was made available to the public, there was overwhelming negative feedback posted about it on Twitter. Many individuals voiced their disapproval of the lyrics included in the song.

Jenny 69, whose real name is Jennifer Ruiz but goes by the name @jenny69 on social media, is a popular Mexican-American social media personality. Before the debut of her well-debated music video, Jenny was already well-known for the significant plastic surgery she had had to get her signature look. Following a procedure she had done to her lips in 2015, she kept her followers up to date by posting before-and-after images on Instagram.

In 2016, she revealed to her followers on Twitter that she had had “breast surgery.” In addition, Jenny revealed in July 2020 on her YouTube channel that she had had Brazilian Butt Lift surgery in Tijuana, Mexico, about the same period. When it comes to treatments I’ve had, I’ll always be honest since I know it will assist anybody else who needs work done as well,” she said in the description.

Jenny shared a preview of her debut music video on September 24, with the announcement that the full-length version would be available starting October 1. However, as soon as it was made available to the public, memes and online trolls began to focus on the first song from the social media phenomenon. The official music video, uploaded on YouTube by Lumbre Music and has accumulated a total of 2.7 million views, has received more negative comments than positive ones.

Reviewers are not thrilled with the singer’s voice or the song’s other parts, although the singer’s visuals are excellent, and we can’t help but notice how gorgeous Jenny is. Over 1.03 million people subscribe to Jenny 69’s channel on YouTube, and she has more than 2 million people following her on Instagram. Jenny 69 has a massive social media following. Her online success seems to have taken a back seat to the stuff she posts about her beauty and fashion after the controversial song was made public.