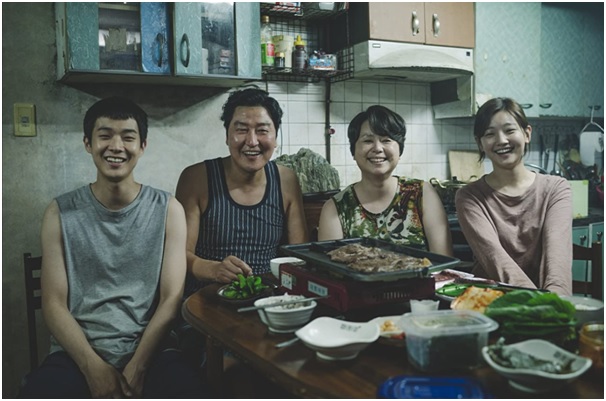 Learning a new language is a wonderful experience that is totally worth all its time and effort. There are lots of things you can do as you progress in your learning, just as there are many more things that language learning provides, aside from the obvious result. Eastern languages often deserve special attention amongst language learners for their rather unusual writing system, interconnectedness, and cultural background. With the popularity of Korean culture in the last few decades or so in particular, it’s certainly worth learning this wonderful language. And, just as with many other languages, Korean is best learned through movies.

Have Fun with Learning

Learning a new language is definitely one of the ultimate skills to acquire. There are lots of benefits to multilingualism. Learning languages can help you regain focus on important things in life, make you lots of multinational friends, and largely improve your traveling experiences. Aside from that, there are at least 10 health benefits of learning foreign languages that will erase all doubts in you regarding learning a new one. Yet, to learn a language well, you must do it with interest and enthusiasm.

Learning a language by watching movies or TV shows in that language has been considered one of the most effective and fun ways for quite a long time. As you watch movies in the language you learn (with subtitles, of course), you learn some of the most important aspects of it, including pronunciation and culture. With the Korean language and the movies from the country, it’s even better. Being one of the most popular The Word Point languages, Korean is worth attention for its nature and its movies. That is because, aside from helping you learn a new language, South Korean films provide you with a lot of fun as, in most cases, they are awesome. Here are just a couple of examples that will definitely make you learn more about Korean film, culture, and language.

Definitely one of the best South Korean movies of the previous decade, having won lots of international awards and being one of a few non-English movies to win an Oscar. Filmed in 2019, the movie provides a wonderful social commentary fit for all countries at all times. In a struggle between the rich and the poor, we manage to get to see the side that really suffers a lot from this conflict. The ending is, perhaps, one of the most enlightening moments in recent cinematography and is so awesome, it’s totally worth watching the movie in its original language.

If you’re into awesome blockbusters, this is your spot. Distributed on Netflix since 2021, Space Sweepers has also received quite a lot of international attention due to its subject matter and outstanding special effects. Taking the viewers into a not-so-distant future, the movie, just like the Parasite raises lots of reasonable and relevant questions regarding human life, the state of the environment, and our ability to battle all woes regardless of the cost.

Another action movie combining a high-quality crime detective and comedy. Filmed in 2017, the movie tells a story of an old grumpy landlord who must team up with a police detective to catch a serial killer on the loose. Darkly hilarious, the movie comes to a rather unexpected conclusion in the best tradition of South Korean movies, delivering wonderful movie watching and language learning experiences.

A much kinder and softer comedy-drama film that depicts a situation you would likely encounter in real life with great precision. Released in 2011, the movie tells a story about a group of seven girls who became friends in high school yet drifted apart as life went on. The movie, however, keeps things positive all the time and shows how friends always remain friends despite all differences.

A genuine Korean comedy movie does a great job at giving you many laughs all the way through. This 2019 movie starring a Korean popstar JeongJin-young tells a story about the bullied boy waking up in a gangster’s body the other day. At the same time, the gangster turns into that shy boy on his side. The comedic confusion and rather high morale are all over the place in the movie, so it’s definitely worth watching, especially if you study the language.

A classic Korean film and one of the best action thrillers ever filmed, this 2003 movie is still relevant nearly two decades later. While being rather graphic and gory, Old Boy is also a treasure for those trying to learn Korean as it uses a rather diverse language and is very engaging, not letting you miss a moment.

Another dark classic movie from South Korea worth watching from the beginning to an end. Filmed in 1960, this suspense-filled thriller movie has become an inspiration for many directors around the world, including Martin Scorsese and Bong Joon-ho, the latter of which directed the Parasite in 2019.

The Most Efficient Method

The best way to learn something is to have fun while doing it, of course. And one of the most fun ways to spend your time is to watch a great movie. Watching great movies works with a 100% guarantee for language learning as you inevitably have to perceive the film, which stimulates your perception of the language. While this method might not present the language in full, it’ll still become your way of learning lots of important concepts in a fun and inspiring way.

A fan of everything that is fun, interesting, and practically useful, Elizabeth Baldridge has been highly regarded by her colleagues since the early days of her career. Not being able to remain in one place for long, she travels both physically and digitally, at all costs, in spite of all constraints. Elizabeth never loses interest in the world around her and advises you to do the same.